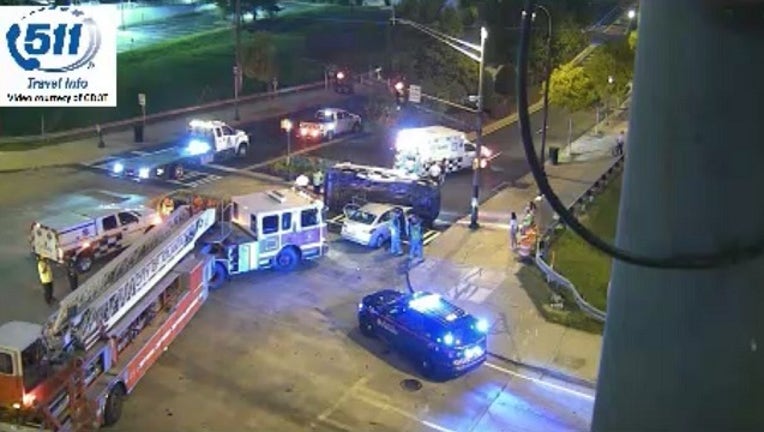 ATLANTA (FOX 5 Atlanta) - Police are investigating after an ambulance rolled over during a crash in midtown Atlanta Sunday night.

The ambulance was driving west on 14th Street at the intersection of Techwood Drive with lights and sirens on, but was hit by a car.

Traffic camera video showed the ambulance on its side on 14th Street.

Two EMTs were in the ambulance and suffered minor injuries. Both were taken to Grady Memorial Hospital.

Three people were in the car and were also taken to Grady Memorial Hospital.

The ambulance was not carrying any patients at the time of the wreck.