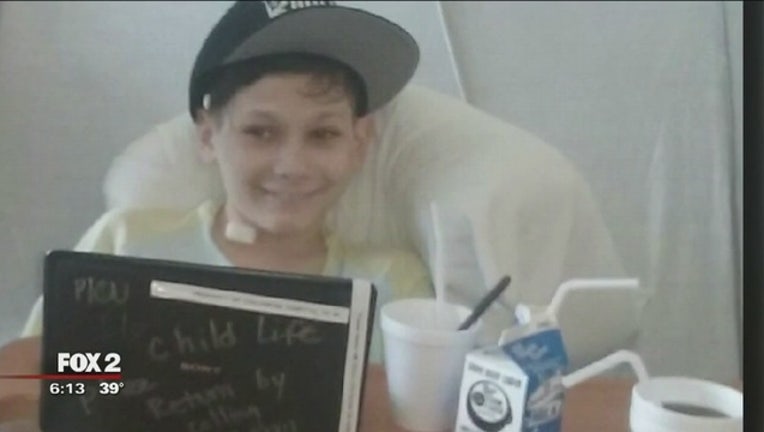 (FOX 2) - He stole our hearts with his generosity and love.

Torrin Breneman donated his hair to kids with cancer, wanting to help young people suffering from the disease. Six months later, he was diagnosed with Stage 4 Hodgkin's Lymphoma.

Over the weekend, Torrin lost his battle with cancer at just 13 years old.

"Torrin was the kindest, sweetest, biggest heart that you'd ever see in a kid. He taught me compassion, tolerance, love," said his father.

He found out what kids with cancer endured, so what did he do? Grew his hair out and donate it.

"The world is such a sad place right now. People are just looking for the good in everything and they found that in him. There was not a bad thing that anyone could say about him," his father said.

Six months after that donation, Torrin was diagnosed himself.

He battled for a year and a half for his life, but finally it was too much. A 13-year-old boy whose story touched the Hazel Park community, the nation and the world. That includes the Lions, our own Jay Towers, WWE, Mojo in the Morning, Chef Bobby, the list goes on. They all showed their love for Torrin and are now making sure no one ever forgets his rallying cry for all of us to care and give, be kind and be Torrin strong.

"He said that he never thought anyone cared about him so when he seen people bringing gifts to the hospital in his name, he knew people cared about him. I don't ever want people to forget Torrin, what he's done for this world, what he's going to do for this world. If everyone could just take something from him, the world would be a better place," his father said.

Torrin's Dad also wanted to give special recognition to Relentless Detroit Foundation, which, in collaboration with Detroit Barbell and Kirby Church, was created to raise money, awareness and support for families with children diagnosed with life threatening illnesses.