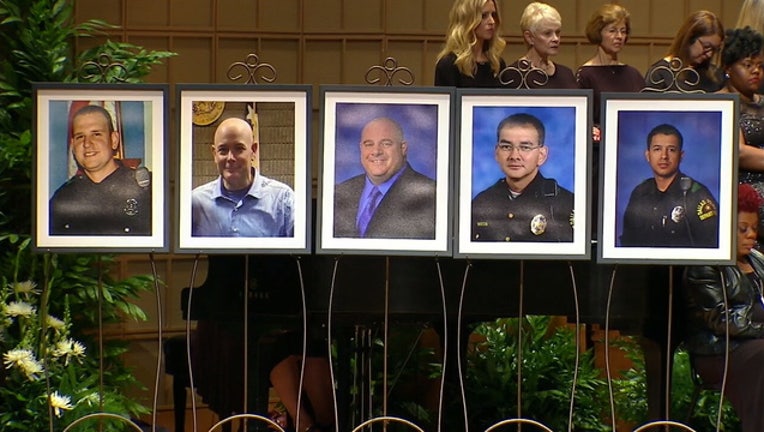 DALLAS (AP) — Nearly a week after five officers were killed by a gunman in Dallas, memorial services for three of them drew thousands of mourners Wednesday.

Services were held for Dallas Area Rapid Transit officer Brent Thompson, Dallas police Sgt. Michael Smith and Dallas police Sr. Cpl. Lorne Ahrens — all three slain in downtown Dallas Thursday by a sniper during a march to protest recent fatal shootings of black men in Minnesota and Louisiana by police. The two other services are scheduled for Friday and Saturday.

Thompson's wife Emily, a fellow DART officer whom he had recently married, told the audience that the shooter, Micah Johnson, was a coward. "You know your hate made us stronger," she said, speaking of Johnson.

Johnson, 25, was killed when authorities used a robot to detonate an explosive as negotiations faltered. Nine officers and two civilians were injured in the attack.

A funeral service for Thompson was scheduled for later Wednesday in Corsicana, south of Dallas. He is the first DART officer killed in the line of duty since the agency's police force was founded in 1989.

Also Wednesday, a few hundred mourners gathered for a Catholic funeral service in the suburb of Farmers Branch for Smith, a former U.S. Army Ranger known for his upbeat attitude and compassionate approach to others.

Smith joined the Dallas police force in 1989. He once received a "Cops' Cop" award from the Dallas Police Association.

A public service was scheduled Thursday for Smith at a Dallas church where he worked security.

In the Dallas suburb of Plano, mourners were told of Ahrens' work with the Los Angeles County sheriff's department and time as semipro football player before moving to Texas and joining the Dallas police force. The 6-foot-5, 300-pound Ahrens was known as a gentle giant and a voracious reader whose intelligence was equal to his size. 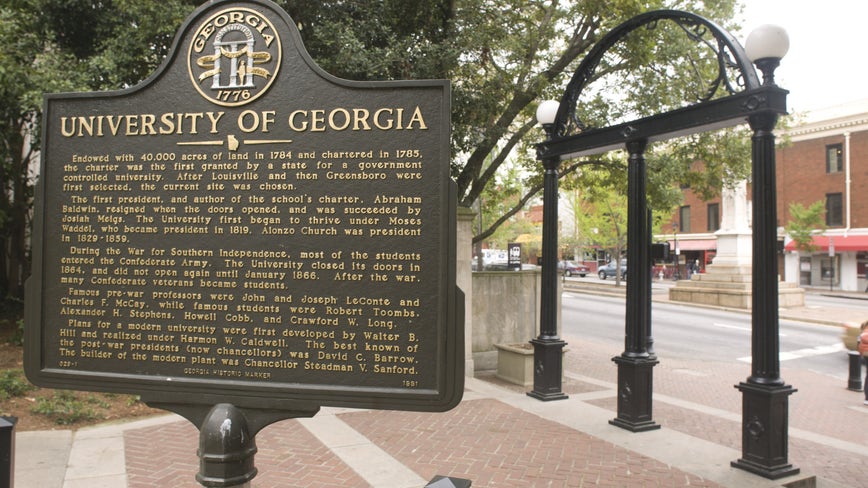