ATLANTA - Police have arrested a man in connection with the shooting death of a 16-year-old girl.

Kashara Parks was shot and killed at an apartment complex at Reeves Circle Northwest on Friday.

"When I woke up, my sister was shot on the floor," said sister Courtney Thomas.

Thomas told authorities she heard a gunshot go off in her apartment and rushed to find her sister wounded. Emergency crews tried to treat the unresponsive teenager at the scene.

"They need to find her killer," Thomas said. "Turn yourself in."

Monday, Quotavious Anderson turned himself into authorities, one day after dozens of family members, neighbors and friends gathered for a prayer vigil.

Family and friends said Kashara Parks was an outgoing, caring teenager who loved fashion and clothes, and had plenty of friends.

Anderson is being held at the Fulton County Jail. 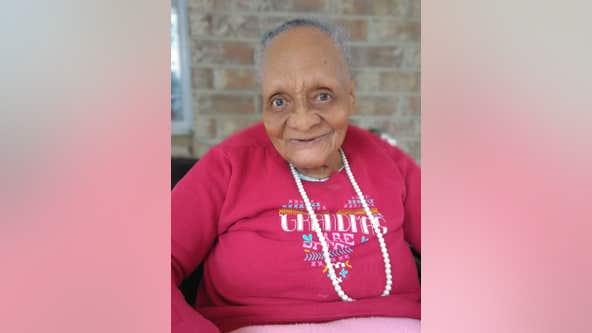