HENRY COUNTY, Ga. - Until July 2020, a Confederate statue stood at the center of the McDonough square for more than a century. It's removal, a sign of change that drew praise from some and criticism from others.

"People are truly hurting in this season and it's going to take some real leadership to set the tone for more listening than talking," Sheriff-Elect Reginald Scandrett, as he stood not far from where the statue stood until late July.

The election this week of Reginald Scandrett as the county's first Black sheriff is another sign of change in Henry County. The Democrat won overwhelming support Tuesday against the Republican who ran after Sheriff Keith McBrayer announced his retirement.

"Keith McBrayer has created such a strong legacy, it's going to be hard to follow in his footsteps. But, I can learn from what he's taught us and what he has done for this county," said Scandrett.

Sheriff McBrayer told FOX 5, "Reginald had the most qualifications out of the ten candidates who ran for sheriff. I felt like he could win the election and carry our agency to the next level. He will definitely do a fantastic job. I know he will take the party name off and represent all the people and just ignore who's a Democrat and who's a Republican. 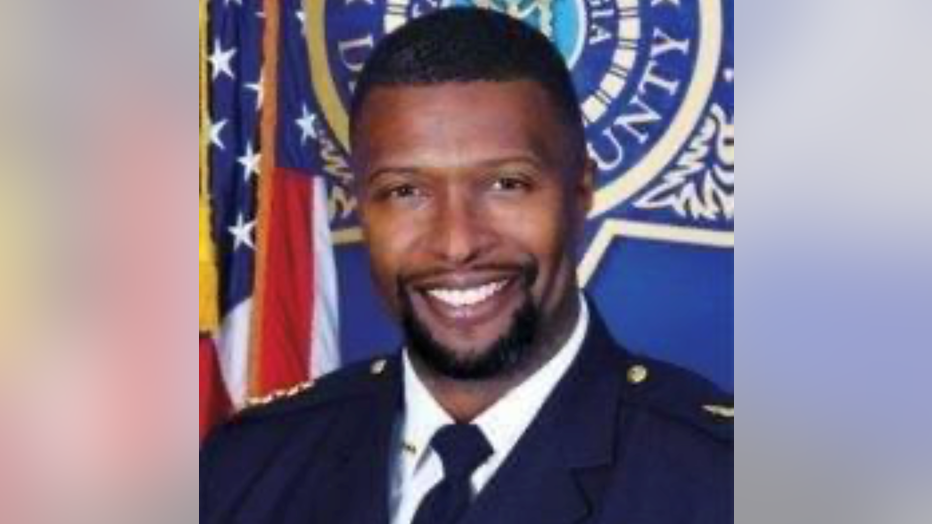 A veteran law enforcement officer, Scandrett said he is ready to make an impression on those who voted for him and even those who didn't--by starting with candid conversations.

"There have only been two sheriffs in this county in the last 38 years, so I suspect there are very challenging concerns as far as where do I fit, what's your concern relative to me, where will I be placed and quite frankly will I even have a job? But people need to understand, I am a Democrat, but I am the sheriff for all of Henry County," said Scandrett, who retired from the DeKalb County Sheriff's Office as the chief deputy.

The sheriff-elect said his other priority is to rebuild public trust after a long season of unrest and frustration with law enforcement. Again, something he said must begin with candid conversations within the sheriff's office and the community it serves.

"We got to going back to the neighborhood and talking to Ms. Johnson and Ms. Jackson and asking how can I help you suffer less' particularly in this season so that we can slowly begin to heal," said Scandrett.