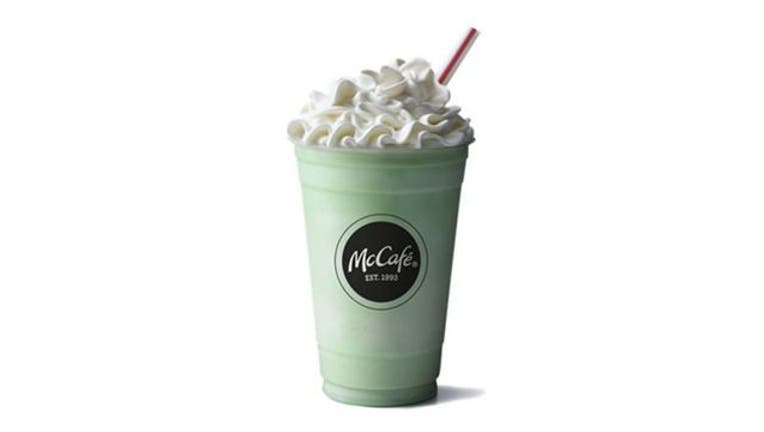 The classic vanilla mint milkshake is back and better than ever. (McDonald's)

(FoxNews.com) - Shamrock Shake fans should no longer be green with envy (or anticipation), as the iconic milkshake has officially returned to select menus nationwide.

According to a news release from the Golden Arches, the minty McCafé confection features “creamy vanilla soft serve blended with Shamrock Shake syrup” further “topped with delicious whipped topping.” Though the fast-food chain is vague as to how long the Shamrock Shake will be available, they’ve made it easier than ever to track the St. Patrick’s Day treat down with a brand new app.

With a quick download of the official Shamrock Shake Finder app for iOS and Android phones, devotees can locate participating McDonald’s and share Shamrock Shake stickers, while iPhone X users can experiment with an augmented reality experience.

Noting that the electric green shake has developed a “cult-like following” since debuting on Mickey D’s menus in 1970, Twitter users have largely erupted in excitement over the beverage’s return.

Some detractors, meanwhile, lamented the return of the drink, while others boasted that they’ve been ordering up the Shamrock Shake for days. Indeed, McCafé confirmed via their official Twitter account that some locations began serving up the green shake as early as Feb. 12.

However, unlike last year, McDonald’s will not be serving up four additional chocolate versions of the treat, as the Oak Brook, Ill.-headquartered chain is sticking to just its the original vanilla mint.

Cheers to the classics, and to the start of a new Shamrock Shake season.