Both U.S. Senate seats will be on the ballot in Georgia during a January 5 runoff.

ATLANTA - With a little more than a month to go until the Jan. 5 Senate runoff, both sides are trying to shore up as many votes as possible.

Sen. Kelly Loeffler and Congressman Doug Collins appeared to bury the hatchet after a bitter rivalry, hosting an event together at a gun range in Jasper, Collin’s home district.

“I’m very proud of the campaign we run,” Collins said. “But it was also time after we came in third, it was time for Kelly Loeffler to get in this runoff and we want to see Kelly win this race because we want to see that seat to stay Republican.” 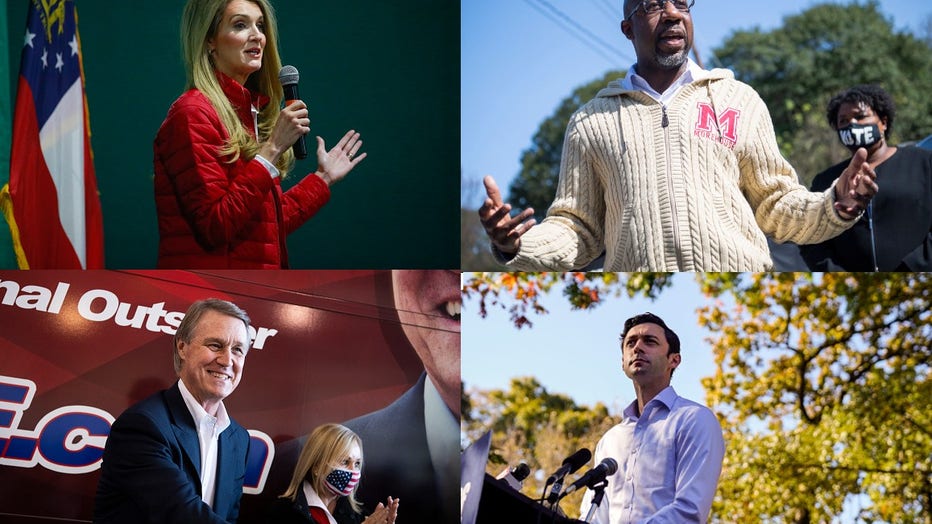 In the other Senate Race, challenger Jon Ossoff and incumbent Sen. David Perdue had a back-and-forth on Twitter yesterday as both candidates took time to mark Small Business Saturday.

The visit prompted a reply from Perdue, showing the senator and his wife at a Waffle House.

"Ossoff can have the plant burger, we'll take the all-star special. Pick your side, Georgia," Perdue wrote.

The race will determine which party controls the chamber at the outset of President-elect Joe Biden’s Democratic administration. Republicans need one more seat for a majority; Democrats need a sweep on Jan. 5.

Already $46 million has been spent on advertisements with an additional $214 million expected in the coming weeks.

Saturday morning, GOP Chairwoman Ronna McDaniel was in Cobb County, fielding tough questions from audience members about why they should even bother spending time or money on the race, referring to President Donald Trump’s unsubstantiated claims that the state’s elections are rigged.

“If you lose your faith and you don’t vote and people walk away, that will decide it. So we have to work hard," McDaniel said. "Trust us, we’re fighting, we’re looking at every legal avenue.”

President Trump will have the chance to address supporters next Saturday when he’s slated to visit the state on behalf of Loeffler and Perdue.