Police searching for person of interest in 4th of July shooting

A 4th of July birthday party ended&nbsp;with gunfire and more than 50 people running for their lives.

CONYERS, Ga. - A birthday party over the 4th of July weekend ended with gunfire and more than 50 people running for their lives. According to investigators, the intended target was still in critical condition and two women were in stable condition.

The gunman is still on the run, which is why Rockdale County investigators gave FOX 5's Portia Bruner video of the man they call a person of interest.

"It's important that we get everyone to speak up as soon as possible," said Investigator Dwayne Smith said.

Rockdale County investigators are appealing to the public for help finding the man in the Instagram Video that they provided to FOX 5 News. They said he's a critical part of their investigation into the shooting at a mechanic shop on Kinmor Industrial Parkway near Conyers.

"He's been identified as the person that we need to be talking to concerning the actual incident and as the shooter," Smith said. 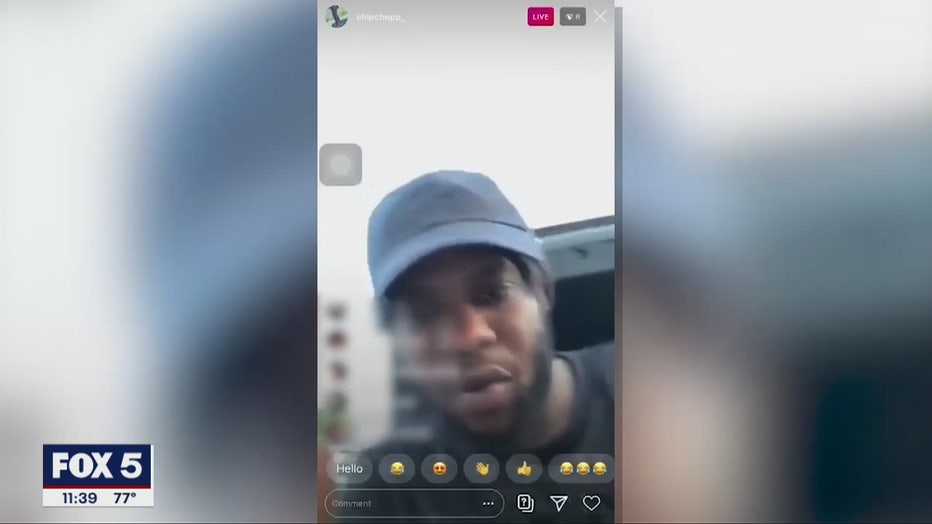 Smith said there was a big 4th of July and birthday party at the auto repair shop near Conyers when a man opened fire during an argument over money with another man. At about 3 a.m. on July 5, several shots were fired. Two women were hit once, the man involved in the argument suffered several gunshot wounds and remains in critical condition.

"We believe there may have been a second weapon involved. That's unconfirmed information. It's just clear that the two women were not directly associated with the feud between the two males," said Smith.

Smith said a concerned citizen tipped investigators to the Instagram video and the man's apparent nickname-- "ChipChop." Investigators said he has strong ties to Jamaica, New Jersey, and Lithonia. But Smith said there's been very little cooperation from any of the 50 or so people who were at the party when the shots were fired.

"There's a lot of people out who would like to know that this is not going to be an ongoing or escalated problem," said Smith. "Crimes are hard to solve without concerned citizens speaking out and this is one of those cases where we have multiple people in the building and very few who wish to speak up."

Rockdale Investigators declined to released the names of the man and two women who were shot, but hope someone will come forward with the real name of the person of interest.