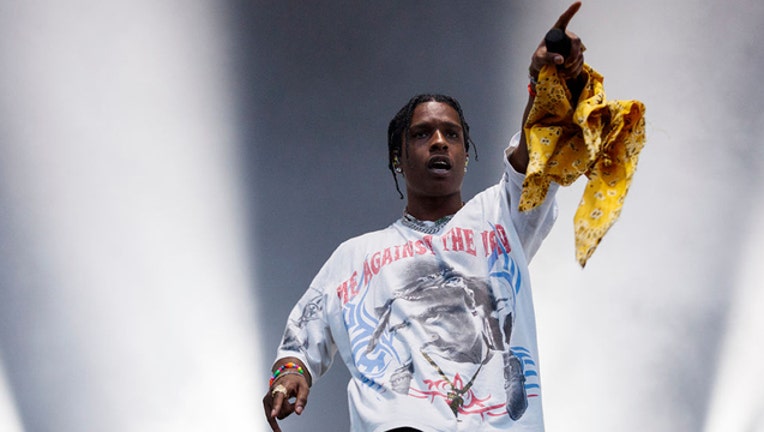 STOCKHOLM (AP) - Swedish prosecutors say rapper A$AP Rocky has been detained for a suspected attack on an unknown person in downtown Stockholm.

The Swedish Prosecution Authority says the investigation was "at an initial stage" and should be decided by midday Saturday, whether A$AP Rocky — real name Rakim Mayers — should be formally arrested. His three body guards are suspected of lesser degrees of assault under Swedish law.

In a statement, the authority said the four were detained Wednesday because they would leave the country and avoid prosecution. No further information was available.

Swedish media said the fight occurred Sunday before A$AP Rocky performed at a music festival in Sweden. It was not known who else was involved in the fight on a central Stockholm square.