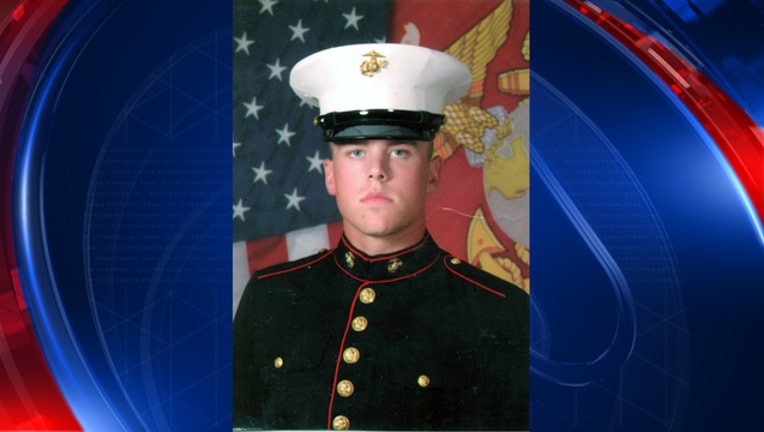 Tuesday, his body was flown into Atlanta and driven in a solemn procession to Murphy. Hundreds lined Highway 515 in Fannin County, waving flags and showing their respect for the fallen hometown hero.

The Fannin County Emergency Management Office caught the procession on camera as it passed through the Blue Ridge community.

He is survived by his mother, Lisa Marie Kotchenreuther, father Jeff Lockett and stepmother Megan Lockett, all of Murphy; grandparents David and Karen Cook, of Marble; and siblings Dustin, Tyler, Ashley, Jessica, and Ashlee.

The family is asking in lieu of flowers to donate to the Wounded Warrior Project in Chris’ honor.

The funeral will be held at the Murphy First Baptist Church on Thursday from 5 p.m. to 9 p.m. He will be buried at Sunset Cemetery in Murphy with full military honors.