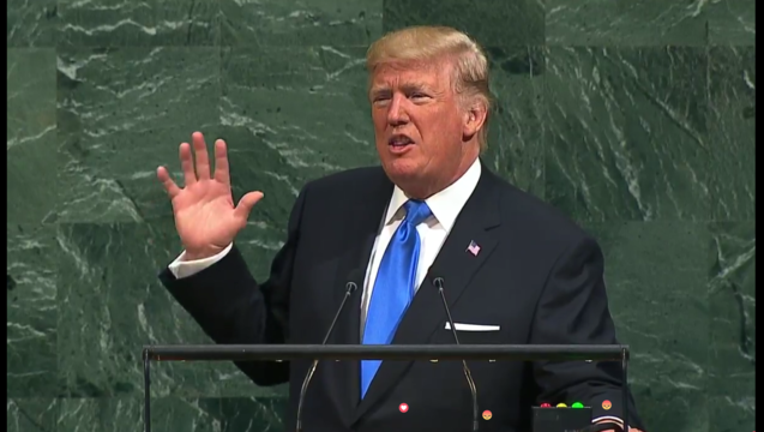 Trump specifically denounced North Korea's leader, Kim Jong-un, saying the nation “threatens the entire world with unthinkable loss of life” as a result of its nuclear weapons program. Rocket Man is on a suicide mission for himself," Trump said.

“If the righteous many don’t confront the wicked few, then evil will triumph,” he said.