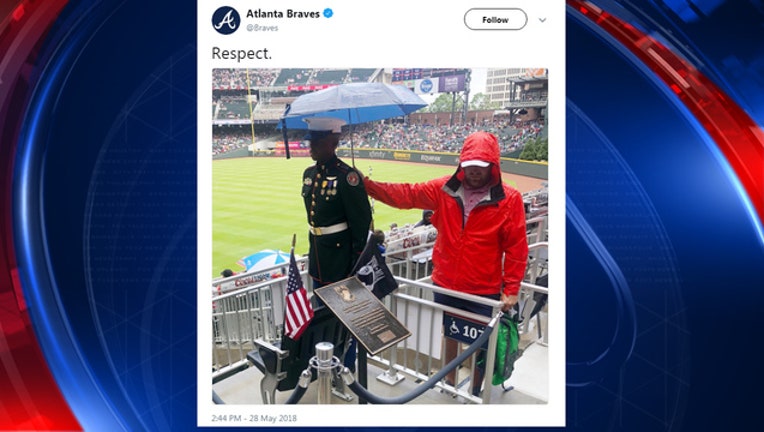 ATLANTA - A small gesture was captured by a photographer at the Braves game on Memorial Day, and its powerful message is going viral on Twitter.

In the photo, a JROTC member stands at attention next to the Braves' POW-MIA Chair of Honor in the rain. Next to him, a fan dressed in a red raincoat holds an umbrella, protecting him from the weather.

The Braves tweeted the photo with a simple caption: "Respect."

Another fan captured the scene from a different angle, saying "They sacrifice so much for us, we can sacrifice for them too!!! #RespectOurMilitary."

Last year, the Braves decided the Chair of Honor at SunTrust Park.

"Since World War 1 more than 92,000 American soldiers are unaccounted for," A plaque next to the chair an inscription reads. "This unoccupied seat is dedicated to the memory of these brave men and women and to the sacrifice they made in serving this country."