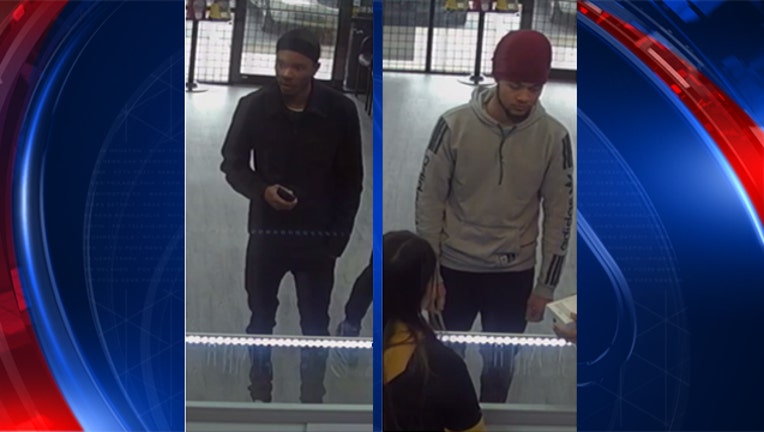 Officials say right before noon on Thursday, the suspects entered a Metro Wireless store on the 1200 block of Rockbridge Road in unincorporated Norcross.

According to police, the suspects asked an employee to see the new iPhones. While he was being shown the phones, he grabbed one of them and attempted to take another while running out, police said.

Officials described the first suspect as being a man wearing all black with a black do-rag and white sneakers. The second suspect was wearing black pants, a gray Adidas hoodie, and a red hat.

The men were seen fleeing in a white Toyota Avalon with an unknown tag.

A reward of up to $2,000 is being offered for any information that leads to an arrest and indictment in the case.