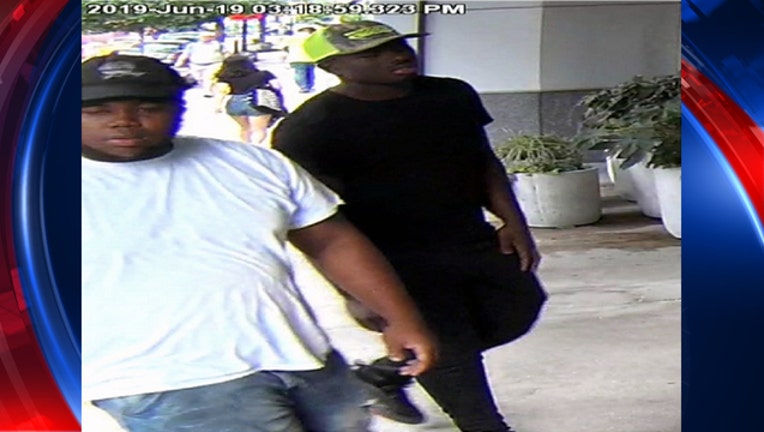 Atlanta Police said the two suspects were entered 44 Peachtree Place and burglarized an internal unit. When the concierge approached the suspects, police said the men held the victim at gunpoint, stealing his cellphone before fleeing.

One suspect in the photo can be seen wearing a black or gray hat, white t-shirt, and denim-type pants. The second suspect was wearing a lime green hat, black shirt, and black pants.

Anyone who recognizes the men or has information about the burglary or armed robbery, contact Crime Stoppers at 404-577-TIPS (8477).