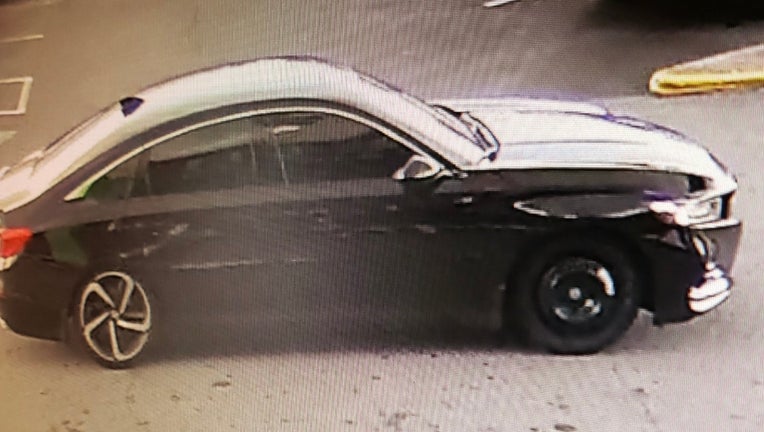 MARIETTA, Ga. - Marietta police are searching for a vehicle believed to be connected to an attempted robbery Sunday night.

Officials say the robbery happened in a parking lot on the 1200 block of Roswell Road at around 7:10 p.m. Sunday.

According to police, the victim was walking from his vehicle to a business when a group of suspects exited another nearby vehicle.

One of the suspects approached the victim, pulled out a handgun, and demanded the man's jewelry and money, police said. When the man refused, the suspect fired at least two shots, both of which did not hit the victim.

Within one minute of the shots, a Marietta officer pulled into the parking lot to report to work as a part-time security officer for a nearby business. The officer's arrival sent the suspects fleeing. 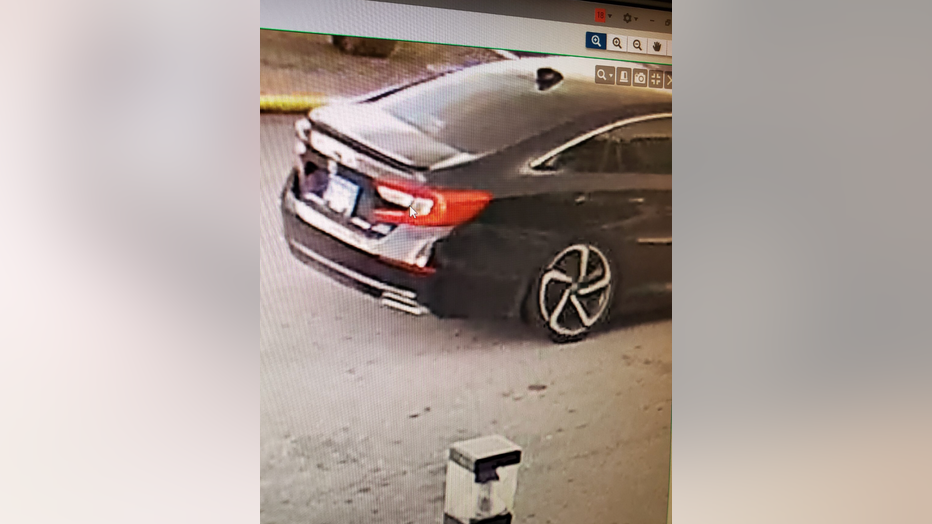 Marietta police shared security photos of the vehicle involved, which is believed to be a black 2018 Honda Accord. The Accord may have damage to the passenger side and a front right tire replaced by a spare.

If you have any information that could help investigators, please call the Marietta Police Department or Crime Stoppers Greater Atlanta at 404-577-8477.