One dead in gun battle; gunman on the run

STONECREST, Ga. - A late-night shooting in the parking lot of the Mall at Stonecrest has left a man dead.

According to police, on Sunday night some kind of altercation took place in the courtyard between the New Vision Movie theater entrance and the Round1 billiard and bowling alley entertainment complex. At least one person started firing and a man was hit.

Paramedics rushed the man to Grady Memorial Hospital, where he was pronounced dead. His name hasn't been released.

Dekalb police officials told FOX 5's Deidra Dukes that two people being questioned in connection with the case were released overnight. No arrests have been made. Detectives are reviewing surveillance video.

"It's crazy, just crazy.  I was just trying to duck for cover.  I just wanted to get home to my family"

Police call the crime scene expansive, saying the gunfire started in the courtyard but continued into the parking lot.

Investigators said it's too early to know how many people were shooting, but said multiple rounds were fired. At least one car was left with a bullet hole in its door. 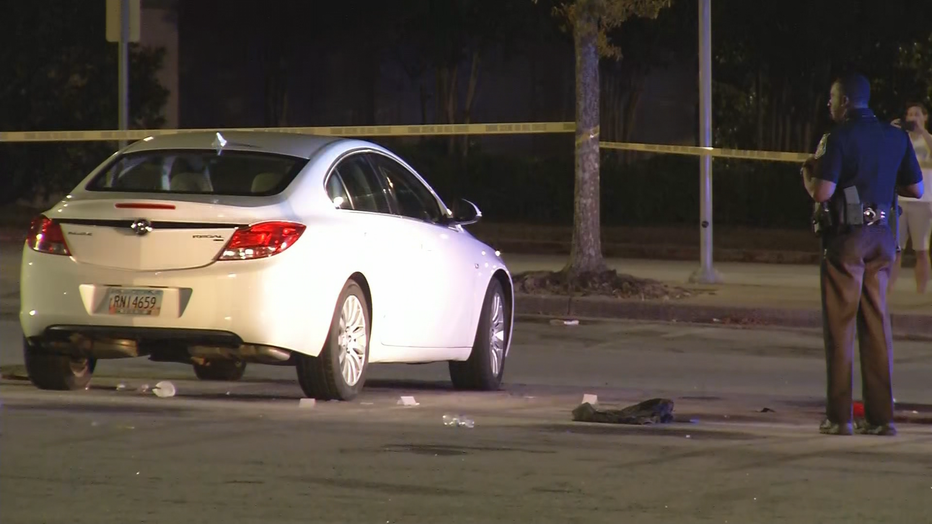 A woman named Josie, who didn't want her last name used, said she and a co-worker were waiting nearby to catch a bus to go home.

She heard the shots and even saw the flashes from the gun muzzle. Josie and her co-worker hid behind a bus to stay clear of the flying bullets.

Anyone with information about this incident is asked to call the police.