The shooting happened at a Quik Trip gas station in the 3900 block of Flat Shoals Parkway at around 9 p.m.

Sunday morning, the business was back to usual at the gas station, but just the night before, caution tape wrapped around the entire parking lot. That's because several cars crashed around the gas pumps as a result of the shooting.

Medics rushed the unidentified victim to a nearby hospital, where he later died from his injuries.

A witness told FOX 5 that he was inside the store when he heard a series of shots, looked outside, and saw his car struck.

Authorities have not released the identities of the victim or suspect and are working to figure out what led up to the shooting. 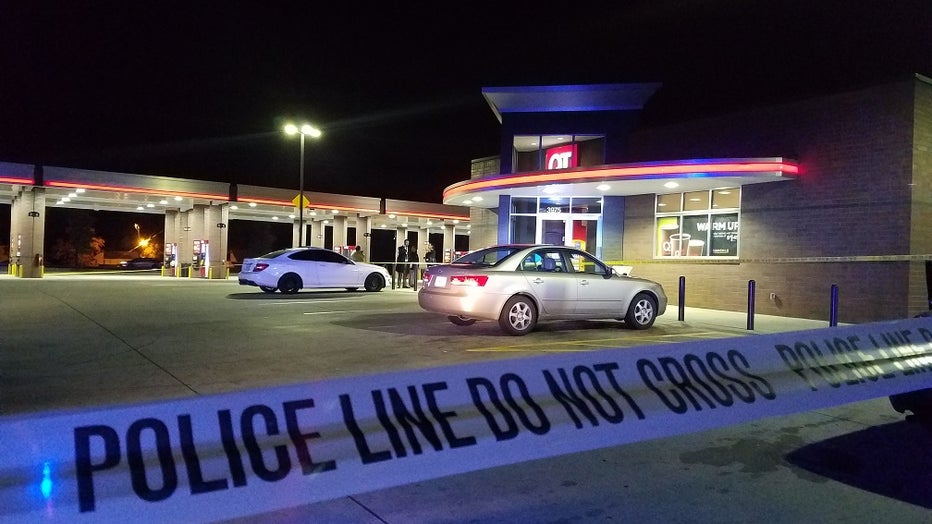 If you have any information that could help, please call DeKalb County police.