DeKalb police are reminding everyone to hide their valuables every time a car is left unattended.

DEKALB COUNTY, Ga. - DeKalb County Police are investigating after a recent string of break-ins at a busy gas station.

Four people noticed someone had gone through their cars and took items at the Quick Trip on Clairmont Road Monday afternoon.

What makes this case so unique is the victims all report having their doors locked and there were no signs of damage.

“If you needed help then you should have asked,” one victim said.

The woman did not want to share her name because whoever went through her car and stole her phone is still out there.

“Everything in the car was disturbed,” the woman said.

The woman told FOX 5 that she went to the Clairmont Road Quick Trip on Monday. 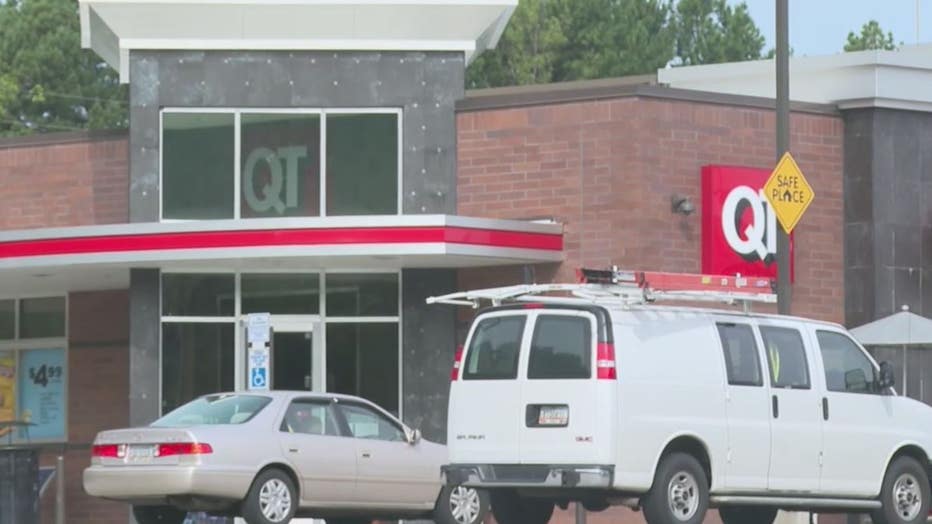 She said she drove for Uber to help bring in money for her family. She then decided to take a quick bathroom break at the gas station.

“I came out and noticed my car was unlocked. I always keep my car locked and things out of sight but this day I locked the car but I left my phone inside,” the woman said.

Her phone was gone, but she wasn’t the only victim.

“While we were in the store a lady outside started screaming that her laptop was missing and her wallet was missing. She said someone had gotten her laptop and wallet,” the woman said.

According to a police report, four people including two employees and two customers reported that someone went through their cars and took their belongings.

Another thing in common is all the victims say their cars were locked and there was no sign of damage.

“We are aware of the incident and we are working with law enforcement to provide any information they need. Our stores are monitored 24hrs a day at a central location where we can see and hear what’s going on. Unfortunately, crime knows no boundaries, hopefully with our assistance law enforcement can resolve this case. And as law enforcement often states make sure you lock your car, take your key with you and hide your valuables.” Aisha Jefferson-Smith Spokeswoman for the QuikTrip Corporation said.

Unfortunately, a phone wasn’t all the thief took from the woman.

"That evening I got home and decided to go grocery shopping. Insufficient. Insufficient. That’s when I realized my Cash App had been drained. I was left with 37 cents,” the woman described.

The woman says the suspect transferred over 700 dollars from her Cash App account leaving her with nothing.

The mother had been driving extra routes for Uber since her husband injured himself and hasn’t been able to work.

She has a warning for those who have the money transferring app.

“Secure your Cash App account with a pin. That’s something I didn’t know you could do,” The Woman said.

Police looked at surveillance footage and saw a man jump out of a black car and grab at least one bag from one of the victims.

The description of the suspect doesn’t give much but describes a man in a red sweatshirt, black pants, and white shoes.