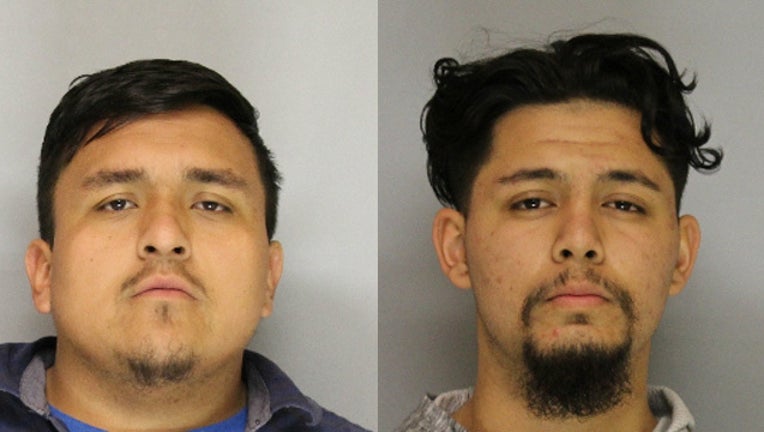 HALL COUNTY, Ga. - Two Gainesville men are under arrest after police say they were caught in a stolen vehicle with methamphetamine and a shotgun.

After being pulled over, police said they realized the two men were occupying a BMW that was reported stolen.

The men were also found to be in possession of methamphetamine, smoking devices, a shotgun, and ammunition, officials said.

The men have now been booked into the Hall County Jail.