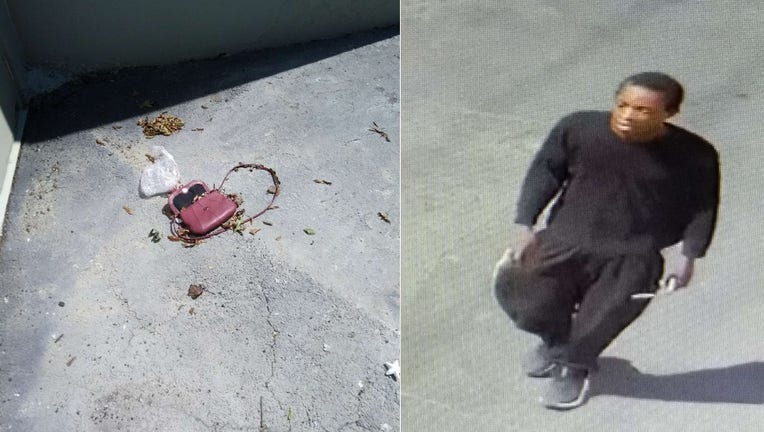 MARIETTA, Ga. - Neighbors, businesses, and police came together in Marietta to catch a suspect in an armed robbery Sunday.

Officials say the incident started on Sunday around noon when the victim drove to a store on Cobb Parkway and parked in large parking lot. While walking from her car, police say a stranger pointed a gun at her and threatened to kill her if she didn't hand over her purse.

The woman gave the suspect her purse then screamed, causing him to run away.

Officers quickly responded to the scene and, using surveillance videos, discovered that the suspect dropped some of his clothing and backpack while running away. While tracking, officers discovered the purse, backpack, and clothing.

A resident who saw what the police was doing spread the word to his neighbors. The suspect, identified as 35-year-old Acworth resident Jermond Banks was hiding behind a nearby shed and tried to escape, but was caught by another officer.

At the time of his arrest, Banks told the officer that he had an outstanding warrant.

"he thought he had gotten away with his latest crime," Marietta police told FOX 5. "Little did he know that Marietta is a COMMUNITY that works together!"

Banks was charged with felony armed robbery with a weapon, possession of marijuana, and other charges from another agency.

His handgun was found by a business owner in their parking lot, police said.