Police say some kind of gun battle ended with one man dead and another hospitalized in Atlanta.

ATLANTA - An overnight shooting killed one man and landed a second in Grady Memorial Hospital in stable condition, according to Atlanta police.

Officials say the shooting happened around 1:30 Saturday morning at the Trestletree Village Apartments on the 900 block of United Avenue.

“About 1:30 this morning, we responded to a shooting of two people, and [evidence on] the scene is telling us some type of gun battle ensued between two people,” said Capt. D’Andrea Price. 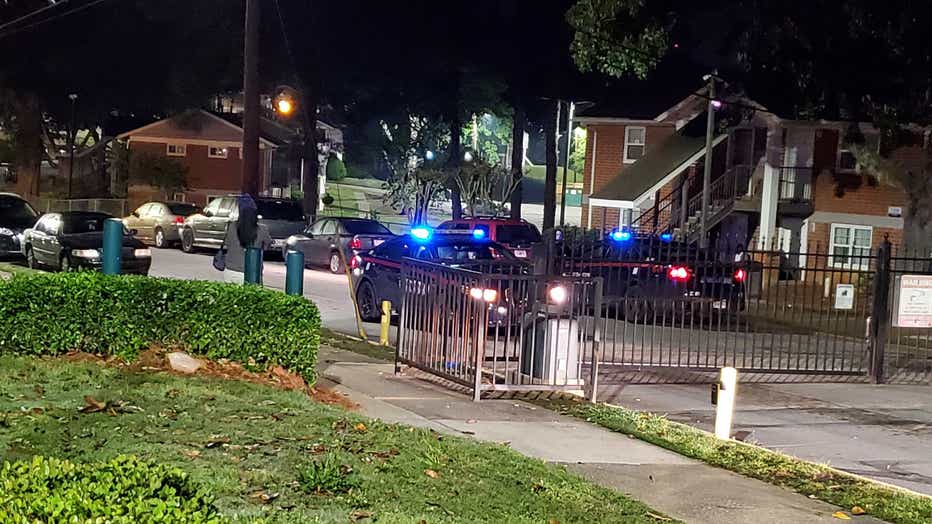 Police are investigating the deadly double shooting at the Atlanta apartment complex.

Concerned neighbors, family and friends congregated outside of the Trestletree Village Apartments, as police tried to pinpoint what triggered the deadly gun battle.

Despite the large gathering, police said, so far, no witnesses have come forward.

”Everything is under investigation,” said Price. “We have not found any viable witnesses at this time; we're still on the scene and we'll be on the scene for a while.”

Police have not released the identities of either man involved.

Anyone with information is asked to contact CrimeStoppers at 404-577-TIPS.