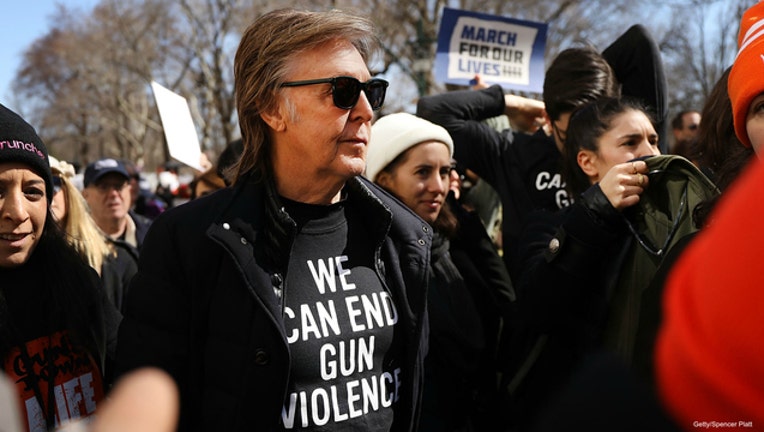 Sir Paul McCartney joins thousands of people marching against gun violence in Manhattan during the March for Our Lives rally on March 24, 2018 in New York, United States. (Photo by Spencer Platt/Getty Images)

McCartney said, “One of my best friends was killed in gun violence right around here. So, it's important to me."

McCartney was walking on the Upper West Side of Manhattan, near West 72nd Street, where Beatles bandmate Lennon was gunned down on Dec. 8, 1980.

During the "March for Our Lives," McCartney wore a T-shirt that said, "We Can End Gun Violence."