The FAA is investigating after a tire blew out as a plane landed at Hartsfield-Jackson International Airport on February 6, 2022.

Delta Flight 1277, an Airbus A321, was flying from Dallas-Fort Worth International Airport.

According to officials, the plane blew out a tire on its right main gear during a landing around 3:40 p.m.

"Upon landing at Atlanta Hartsfield-Jackson International Airport, Delta flight 1277 operating from Dallas Fort Worth, experienced a flat tire and the plane came to rest on the taxi way," a Delta Air Lines spokesperson said. 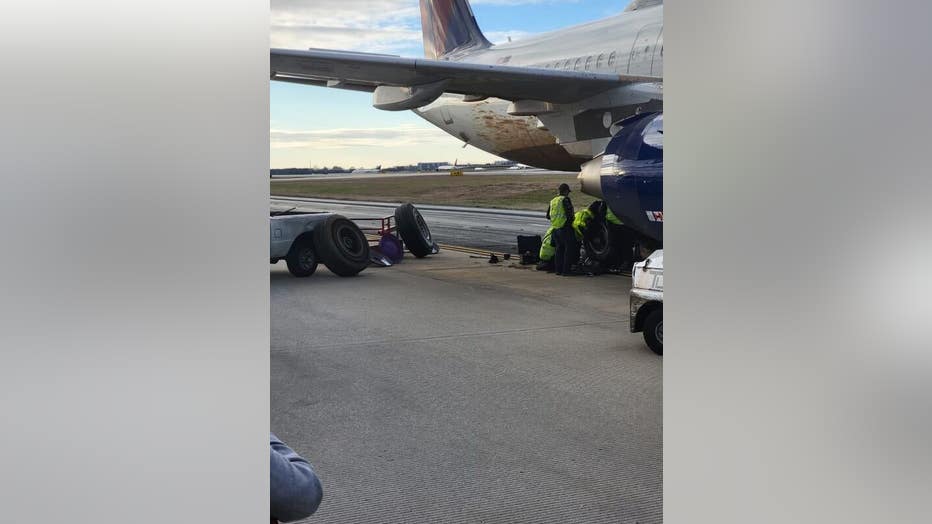 The plane underwent maintenance. Buses were used to take the 172 passengers to the terminal, airline officials said.

A Hartsfield-Jackson spokesperson told FOX 5 the incident had "minimal impact to operations."

However, some taxiways remain closed as of early Sunday evening, transportation officials confirmed.

According to the Federal Aviation Administration, "each landing gear has multiple tires and pilots are trained how to safely respond to these situations."

An FAA investigation is underway.