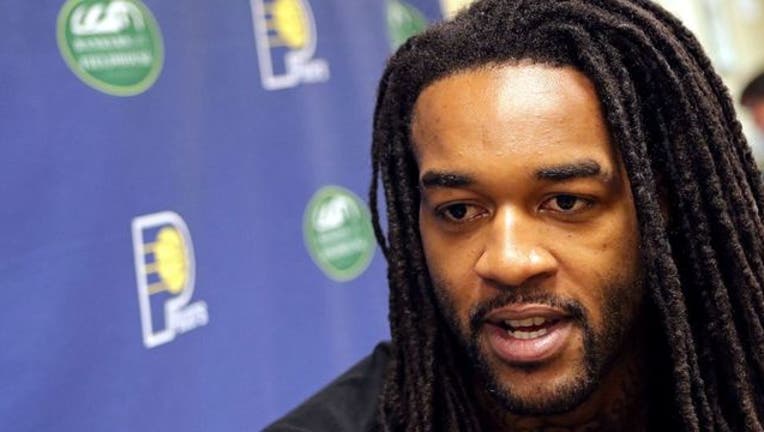 INDIANAPOLIS (AP) - Indiana Pacers newcomer Jordan Hill was arrested near Atlanta on charges of reckless driving and speeding after police clocked his car going 107 mph in a 65 mph zone.

According to the police report, Hill was taken into custody Tuesday afternoon. A police officer from Alpharetta, Georgia, wrote that Hill explained he was "in a hurry."

Pacers President Larry Bird said the team was aware of the charges, did not condone what happened and that team officials would address the matter with Hill.

Hill signed a one-year, $4 million deal with the Pacers on July 14. Last season, Hill averaged 12.0 points and 7.9 rebounds for the Los Angeles Lakers.