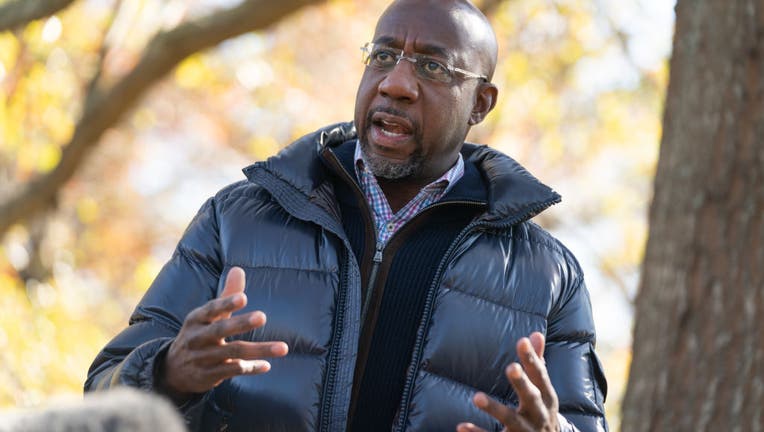 ATLANTA - More than two dozen Black pastors, many of them from Georgia, sent a letter to a Democratic Senate candidate Friday urging him to reconsider his stance on abortion heading into a runoff in the Peach State.

“Unborn Black, Brown and White lives are so much more than clumps of cells, burdensome inconveniences, or health problems,” they wrote to the Rev. Raphael Warnock. “They are sacred human persons endowed by God with inalienable dignity and worth. We implore you to uphold the Biblical defense of life and to fight against the systemic racism of abortion.”

They argued that “the pro-abortion movement has been characterized by racism and White supremacy since its inception,” noting that Black women are five times more likely than White women to undergo such a procedure.

“We applaud your commendable efforts to share Christ while pursuing political solutions to our most pressing problems today,” they wrote. “But precisely because we share so much in common with you, we feel compelled to confront your most recent statements concerning abortion.”

Warnock’s campaign questioned how much the signatories actually had in common with the candidate, noting that the list included outspoken supporters of his runoff election opponent, Republican Sen. Kelly Loeffler, as well as President Trump – pointing to Bishop Garland Hunt and Dr. Alveda King, a Fox News contributor, in particular.

“Reverend Warnock believes a patient's room is too small a place for a woman, her doctor, and the U.S. government and that these are deeply personal health care decisions -- not political ones,” Warnock campaign spokesperson Michael J. Brewer told Fox News. “He also believes those who are concerned about life, ought to be focused on the incredibly high rates of infant mortality and maternal mortality and working to make sure we are expanding access to health care, not taking it away.”

The Rev. Dean Nelson, who organized the letter, countered that political ideology had nothing to do with the request.

"The message of the letter is relevant no matter who some of the signatories support, even though there are Republicans, Independents, and Democrats who have signed it,” he said. “Rev. Warnock's extreme embrace and advocacy for abortion conflicts with biblical teaching and true justice for humanity. We urge him to reconsider his support for it."

Although the Democratic Party is increasingly pro-abortion, there are still recent examples of prominent anti-abortion Democrats.

In August, he and Illinois Rep. Dan Lipinski, along with dozens of other Democrats, were targeted by some in the party for signing a letter urging Democrats not to alienate anti-abortion voters and to adopt more moderate language in the party’s 2020 platform.

Lipinski was defeated in his Democratic primary by a challenger with backing from Planned Parenthood.

Warnock is running against Loeffler in one of two Georgia Senate runoffs.

Get more updates to this story on Fox News' website.