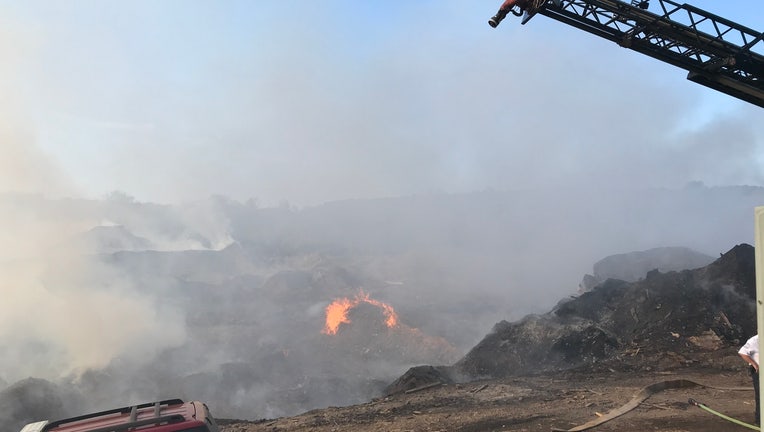 BARROW COUNTY, Ga. - Emergency crews are battling a large fire at a Georgia mulch company that officials say has been raging for days.

Officials tell FOX 5 that the fire started on Saturday at the Cowart Mulch Company on the west end of Barrow County. The smoke from the fire has covered a good part of the county, especially in the area of Highway 316 and Patrick Mill Road. Due to the smoke, officials warn that traffic visibility on the highway may be an issue at times.

The blaze is currently burning in an open area which is around 2 acres in size and involves mulch, pallets, and other debris, officials said.

“A large berm has been built around the fire, and a 'moat' filled with water inside of that berm to prevent the spread of the fire,” BCES Chief Alan Shuman said. “However, the fire is very deep-seated, and is burning under piles of debris. Our strategy now is to continue to dig to expose the fire and to extinguish. Unfortunately, this fire will continue to smolder and smoke for some time.” 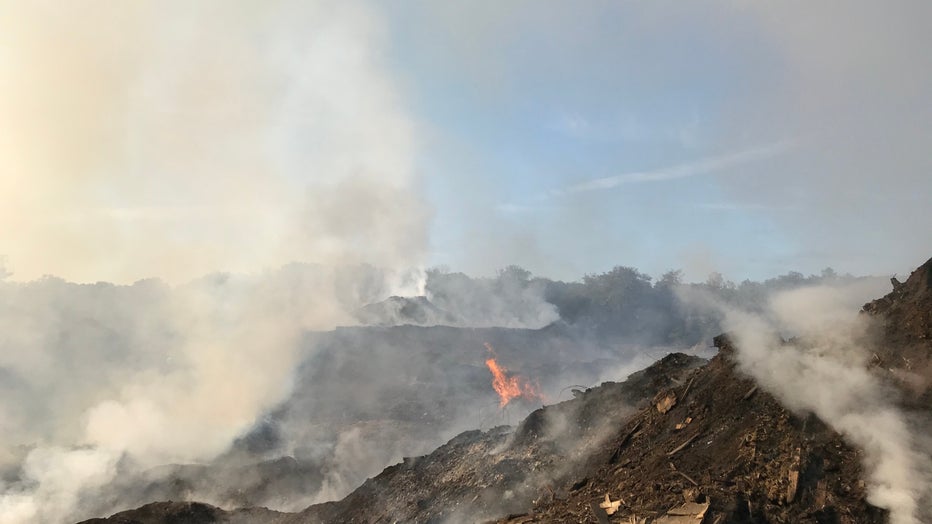 So far, no injuries due to the fire have been reported.

Officials say that no structures are either involved or threatened at this time and there is no threat of it spreading.

It is currently not known whether the fire was intentionally set, and officials say they are unsure if proper burn permits were acquired.

"In the coming days, our investigators will work with officials from the Georgia Environmental Protection Agency to determine the chain of events leading to this event and see what can be done to prevent it from happening again," a Barrow County Emergency Services spokesperson said.