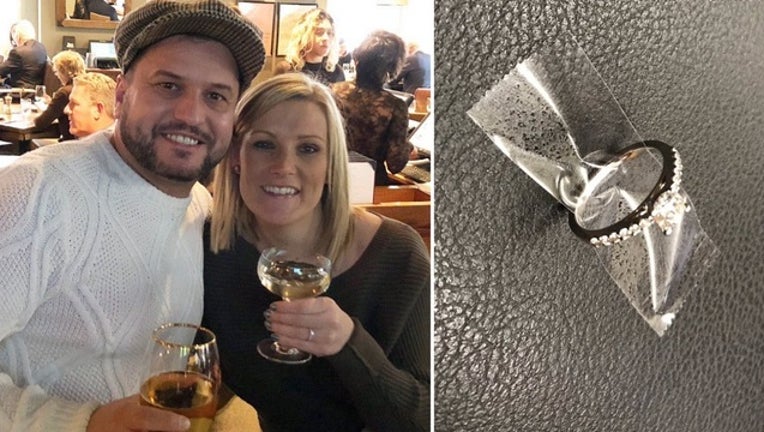 The search is over for a couple that dropped their engagement ring down a subway grate in New York City. (NYPD)

NEW YORK (AP) -- Police have found the couple who they say lost their engagement ring in Times Square over the weekend.

The New York Police Department says a man, later identified as John, was proposing to his girlfriend, Daniella, just before midnight Friday when he dropped the ring and it fell about 8 feet down a utility grate.

The couple asked police for help, but emergency service officers could not immediately find the sparkler. Eventually, they found it. But the would-be bride and groom left without leaving their names or contact information.

Police successfully tracked them own after spreading the word on social media.