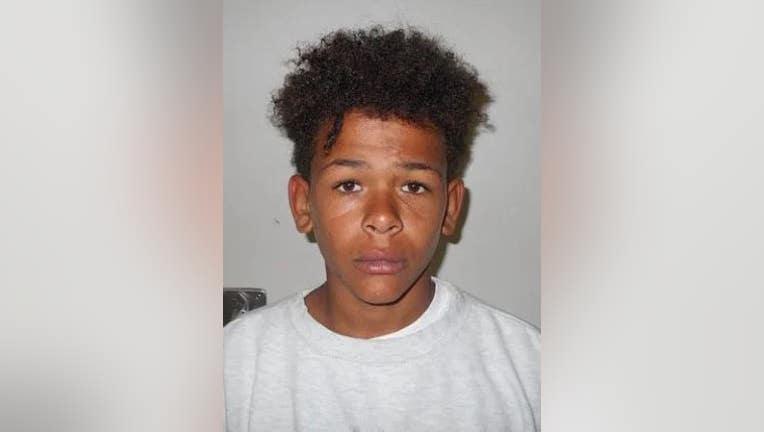 LUMBERTON, N.C. - UPDATE: Jerico W. has been found and taken into custody, the North Carolina Department of Public Safety says.

Authorities say a 13-year-old suspect in a double homicide has escaped from a courthouse in eastern North Carolina.

The Robeson County Sheriff’s Office said Tuesday the teenager, identified as Jericho W., escaped from Juvenile Court around noon Tuesday. He was last seen in a white t-shirt and beige pants, wearing leg restraints without shoes.

The boy is described as having brown eyes and brown hair, standing about 5 feet tall, and weighing about 110 pounds. He was last seen at the intersection of N.C. 72 and Country Club Road in Lumberton, deputies said.

He and a 19-year-old codefendant, Derrick Deshawn Hunt, are charged with two counts of first-degree murder in the killings of two brothers found dead inside a home last month.