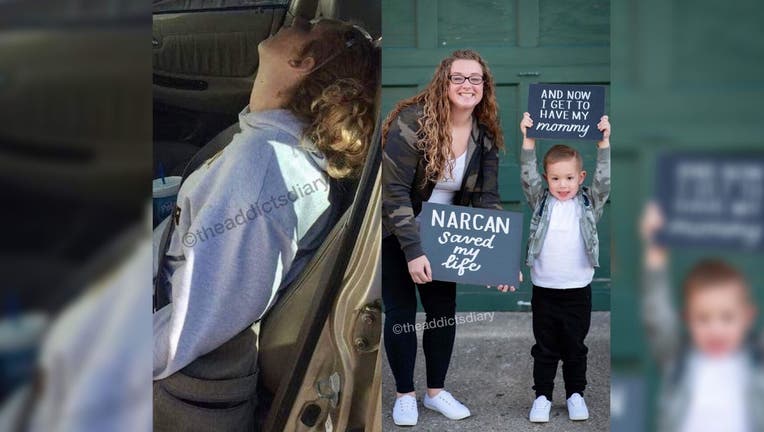 FOX NEWS - A mother whose overdose photo went viral three years ago — after responding officers found her slumped over the in the front seat of her car, still holding a syringe, with her infant son in the back — has shared an incredible update celebrating three years of sobriety.

Erika Hurt, who was revived with Narcan, said previously that the photo, which was shared by authorities in Hope, Indiana, served as a wakeup call for her to get her act together.

On Oct. 26, Hurt shared her update with The Addict’s Diary, a Facebook blog where people share stories of overcoming addiction, and submitted a side-by-side comparison of her viral overdose photo and a recent photo taken with her son.

“Millions saw me overdose after a photo taken of me by a police officer went viral,” she wrote in the post. “None of those people have seemed to have time to reach out and check on me, so here is an update: Today I celebrated three years clean and my son gets to have his mommy back. How about you make THAT go viral! #TheAddictsDiary.”

The post certainly did go viral, already racking up over 126,000 reactions and being shared 95,000 times. It comes after Hurt wrote about her three years of sobriety on her own Facebook page, where she shared additional photos from the special session she booked with her son. 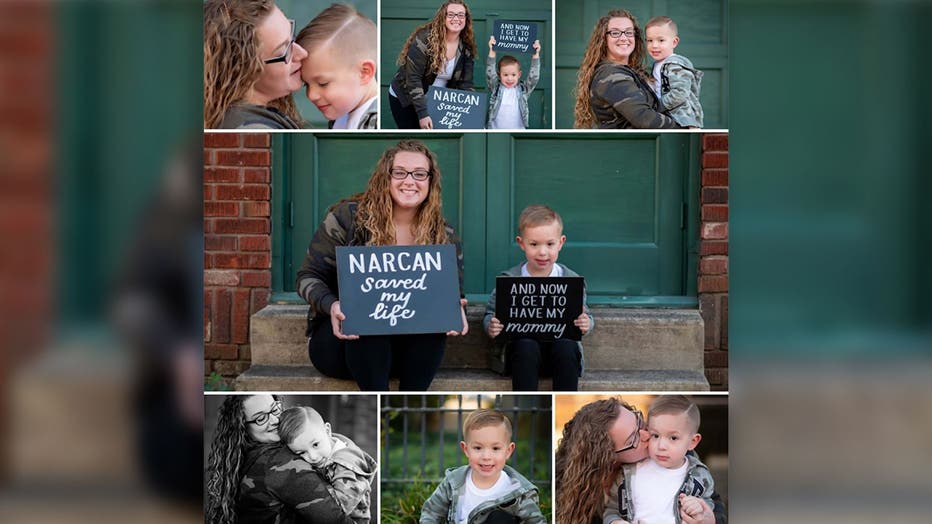 “You guysssss!! Today marks THREE ENTIRE YEARS of sobriety for me! Y’all already know, but allow me to recap,” she wrote on Oct. 22. “Three years ago I was receiving Narcan to bring me back to life after I had overdosed on heroin; all while my son, my mom and her wife stood and watched. While those are such emotional moments for my family to recall, that’s really not what is MOST important today. What is really important today, is the fact that Narcan saved my life! Narcan kept me alive until I wanted to live! While I can admit that my son was unfortunately NOT enough to keep me sober then, he is my motivation today.”

Hurt wrote that had Narcan not been available to her, or “had someone who felt that I DIDN’T DESERVE Narcan been there that day,” she would have never had the chance to get sober and “my son would be growing up without ever knowing his mom.”

Hurt said she “truly enjoyed sharing my 3 years of recovery with you all,” and thanked her photographer for being open to booking her photo shoot. In some of the pics, Hurt is even seen holding a sign that says “Narcan saved my life,” while her son holds one that says “And now I get to have my mommy.”

Hurt’s personal post received over 5,000 likes and was shared more than 4,200 times. Many commenters congratulated her on her sobriety and commended her for sharing.

“Congratulations!!! I’m so very proud of you. You are a breath of fresh air and an inspiration to many,” one commenter wrote.

Narcan is an opioid antidote nasal spray that if used during a suspected overdose may help revive someone. Many law enforcement officers and first responders have started carrying it and training staff on how to use it in case of an overdose emergency. In 2017, 70,237 overdose deaths occurred in the U.S., with opioids involved in 47,600 of the deaths.