Meet the only Republican to win a January 5th runoff

Lauren Bubba McDonald was the only Republican on the Jan. 5 ticket to win a race.

ATLANTA - Lauren "Bubba" McDonald was sworn in Wednesday for another term on Georgia’s Public Service Commission, taking the oath in the Jackson County Courthouse – a full circle moment because it’s where he assumed the title of county commissioner in 1968.

The staunch supporter of nuclear and solar energy defeated his Democratic challenger Daniel Blackman by 0.76%, making him the only Republican on the Jan. 5 ticket to win a race.

The outcome left even the victor himself puzzled.

"I said all along, ‘If Loeffler and Perdue win, Bubba wins. If they don’t win, Bubba doesn’t win,’" said Bubba McDonald, who represents District 4 on the Public Service Commission. "Nobody was more surprised than Bubba, in fact, it took me three or four days scratching my head to see if it was real." 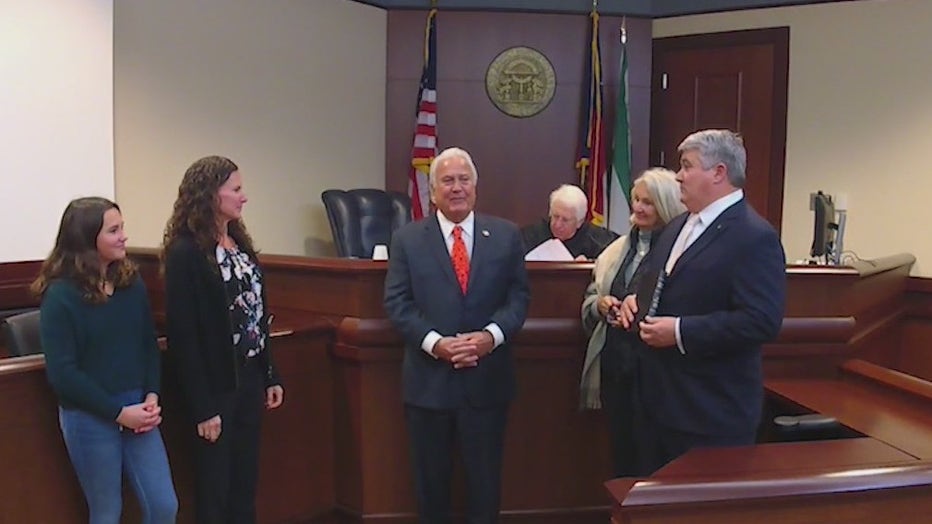 McDonald was an outspoken supporter of President Donald Trump and crisscrossed the state campaigning alongside then-Sens. David Perdue and Kelly Loeffler.

So what launched him across the finish line but not his fellow Republicans?

Nobody was more surprised than Bubba, in fact, it took me three or four days scratching my head to see if it was real.

It could be in his name.

"He has a long history in Georgia politics, been around a while, served in state legislature, local office, a couple times on the PSC," said Dr. Kerwin Swint, a political science professor at Kennesaw State University. "I think he has a pretty sound base of support, particularly in the energy industry."

But more than that, Swint said ballot fatigue played in McDonald’s favor. 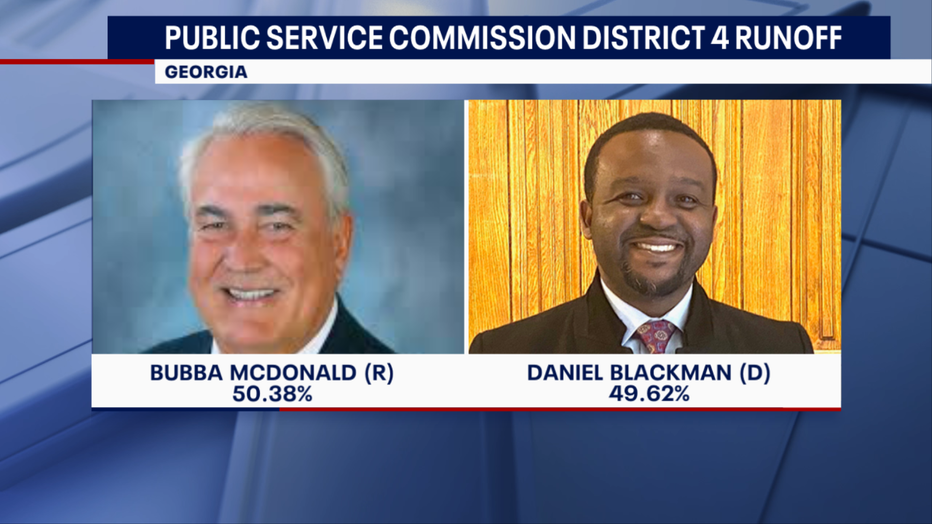 Roughly 50,000 Georgians, who voted for the U.S. Senate races, did not make a selection for the third race on the ballot, Public Service Commission. McDonald won by just over 30,000 votes.

"When a voter is confronted with something they weren’t expecting or they’re unfamiliar with, they either many times don’t vote at all or they vote for the incumbent," Swint explained.

Whatever helped secure McDonald the win, he said he is grateful to have another chance to serve the state of Georgia.

All five members of Georgia's Public Service Commission are Republicans, but McDonald acknowledges that clean sweep may be difficult to hold on to amid the Peach State's shifting political landscape.