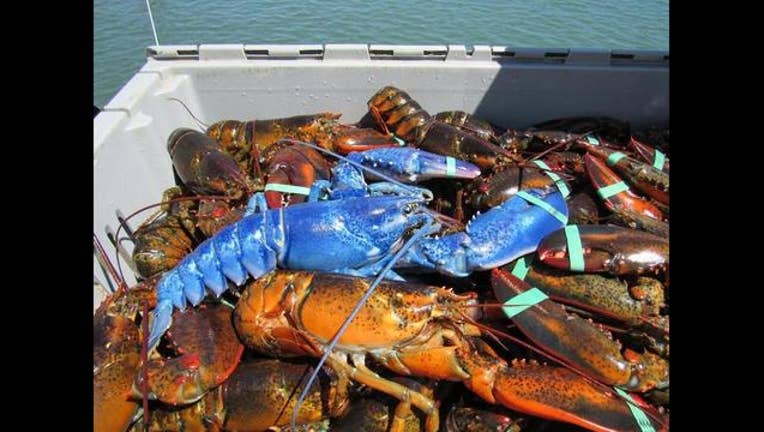 PLYMOUTH, Mass. (AP) — A Massachusetts man has made a rare catch, snagging a bright blue lobster. Even rarer? It's not the first time he's caught one.

Jan Nickerson tells The Associated Press her husband, Wayne, let out a loud exclamation after spotting a bright blue lobster in his catch Monday. Nickerson says her husband also caught one decades ago.

Blue lobsters are rare. The oft-cited odds of catching one are 1 in 2 million. But no one knows for sure.

Jan Nickerson says they're keeping the lobster, nicknamed Bleu, in a holding tank. She hopes to donate it to Boston's New England Aquarium, where several colored lobsters are on display.

Aquarium media relations director Tony LaCrosse calls the bright blue lobster "just spectacular" and says they may be interested if they have space.