Atlanta - Retirement has given Jim Snead time to take up painting. With each stroke, he's learning how to create landscapes. But there's one picture this Smyrna 69-year-old could have never imagined he would be facing--breast cancer.

"I was taking a shower one evening and I noticed an itch in my left breast.  And I didn't pay much attention to it at the time." recalls Snead. " After 3 or 4 weeks, it persisted, and it seemed to be getting a little more pronounced, and I had detected bump in addition to the itch." 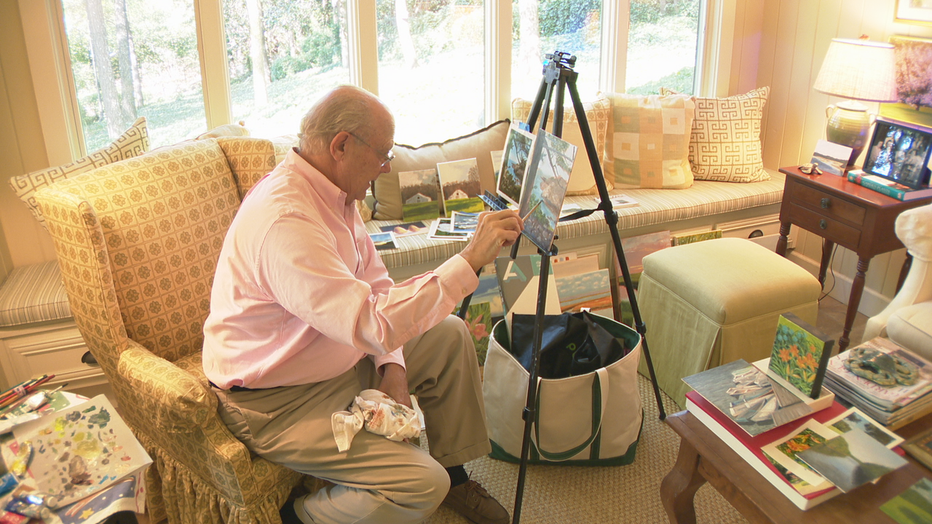 Snead began to wonder if that bump might, in fact, be a lump.  And he says, more importantly , he wondered if men could even get breast cancer,  Snead had two female first cousins who had breast cancer. So, determined to find a quick answer Snead Googled for it.

"And, I was disappointed to learn that men, in fact, do get breast cancer," says Snead.

It's rare.  The National Breast Cancer Foundation estimates in 2019 just over 268,000 women will be diagnosed with invasive breast cancer -- and just over 2,600 men.  Meaning males make up about 1% of all cases.

Dr. Barber says men may be at higher risk if they've undergone estrogen treatments for prostate cancer, are very overweight or obese, or have a family history of breast cancer. Barber, Atlanta Breast Care Surgeon.

"Unfortunately, men are a little famous for not going to the doctor, and not getting things checked out, and assuming everything will be okay," says Dr. Barber.

Jim Snead didn't do that; went to his doctor, who sent him for a mammogram. 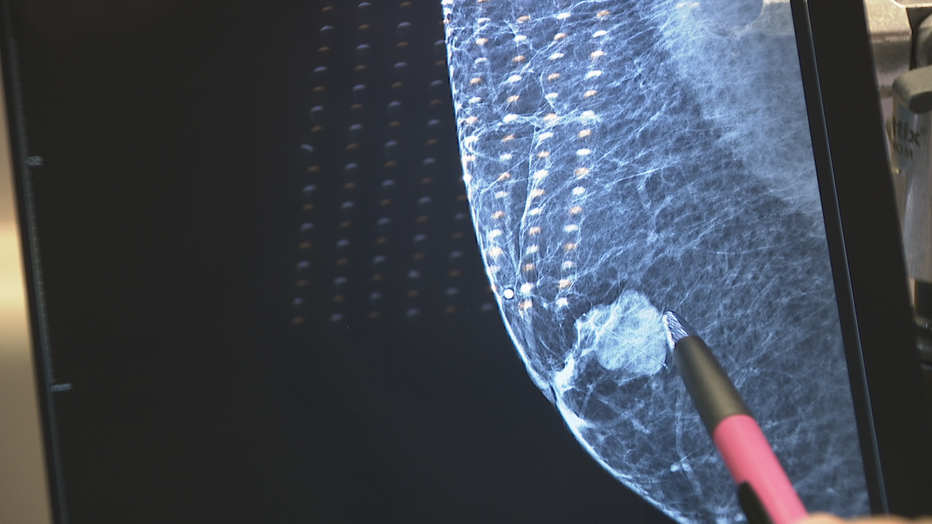 It was a good thing.  Because Snead had early-stage breast cancer that had spread to one nearby lymph node. He underwent a mastectomy and 4-rounds of chemotherapy. If he'd waited, Dr. Barber say, he might be facing a much different outcome.

"The big challenge is being aware that male breast cancer exists. So that, if a man finds a mass, a lump, a thickening, or heaven forbid, a nipple discharge or something like that they actually know to go get it checked out, versus just assuming it's a nothing," explains Dr. Barber.

According to the American Cancer Society,about 500 men will die this year from breast cancer.

Jim Snead is now two years out. And, cancer is no longer part of his personal landscape.