Officials say mercury spilled near Westview Drive and W. Sam Houston Parkway, but there are still a lot of questions that remain unanswered.

HOUSTON - The FBI says a man has been charged in connection to a mercury spill in west Houston.

On Sunday, officials said a mercury spill in west Houston was contained and there was no immediate threat to the public. A small amount of the chemical was reportedly spilled outside of at least three businesses. Authorities were investigating what caused the spill.

Officials say mercury spilled near Westview Drive and W. Sam Houston Parkway, but there are still a lot of questions that remain unanswered.

Investigators have been out on the scene since 1 p.m. Sunday, when the call first came from a concerned citizen who spotted silver-white liquid and called the police.

“The threat to the public is very low because the spill occurred outdoors and the amount of chemical spilled is small,” said Dr. David Persse, local health authority for the Houston Health Department. “The amount of chemical detected on those exposed is below the level that’s dangerous to the average individual.”

According to officials, less than a pint of mercury was spilled in the parking lots of a Walmart, Sonic, and Shell. Reports of 60,000 gallons of spilled mercury are inaccurate. 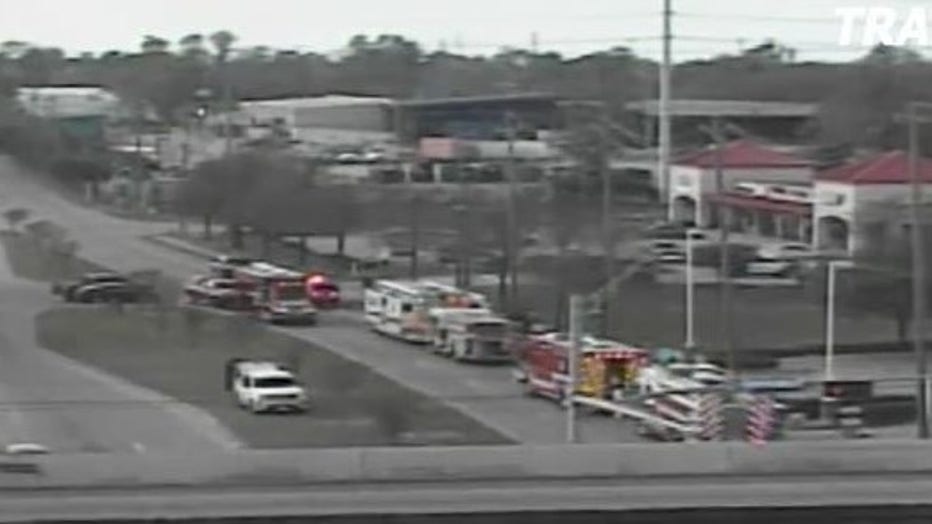 One person was transported to a hospital and 12 were evaluated on the scene and released.

The Houston Health Department urged people who were in the immediate area to monitor for symptoms over the next few days and seek medical attention at their doctor if necessary. The health department is notifying all hospitals and health care providers about testing.

Symptoms of acute mercury exposure can include headaches, eye and throat irritation, coughing and nausea.

Law enforcement was working to determine if the spill was accidental or intentional. The investigation is being coordinated with the FBI. Updates about the investigation will be provided by the FBI Houston office.

Watch as officials gave an update.