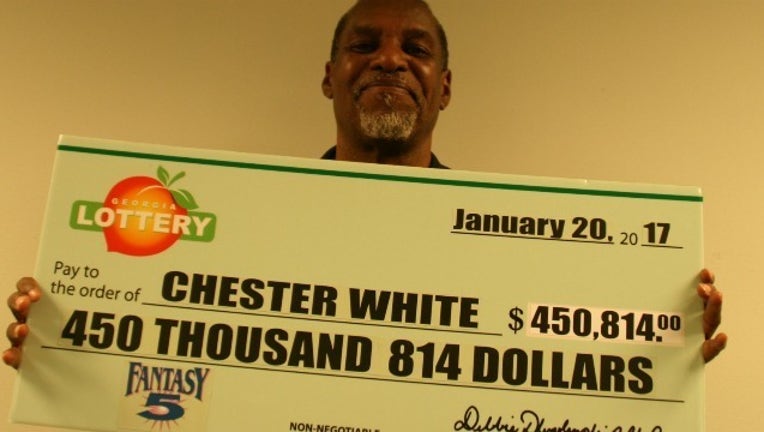 MARIETTA, Ga. - Lottery players in Cobb County are on a winning streak.

According to Georgia Lottery officials, Chester White won $450,814 after purchasing a ticket from the Marathon Marietta on Whitlock Avenue.

Another person bought a winning jackpot ticket from the Chevron Food Mart on Sandy Plains Road, and claimed their prize on Tuesday.

White, a 66-year-old communications engineer, claimed his prize on Friday.

“I didn’t think it was real,” he told lottery officials. “I triple-checked my ticket.”

White says he plans to purchase a new television with his winnings.

Recently, a Powder Springs man won a new car in a Georgia Lottery Cash4Life second-chance drawing, and winners of an $83 million Mega Millions jackpot in November were from Kennesaw.

NEXT ARTICLE: Teen wins '$1000 a Week for Life' on lottery ticket