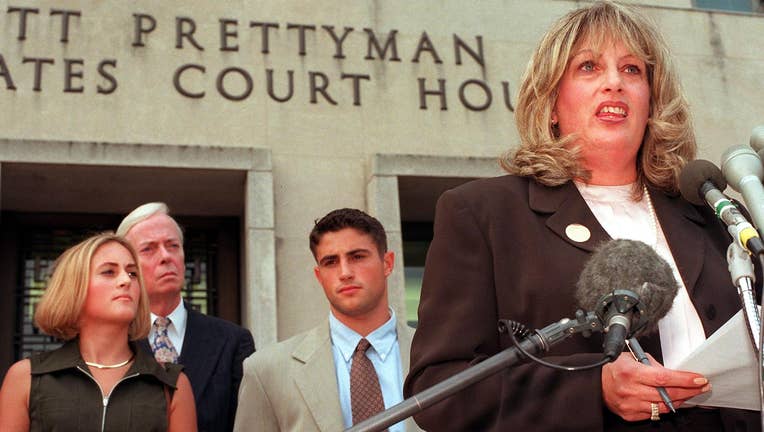 WASHINGTON, DC - JULY 29: Linda Tripp (R) speaks to the press in front of the Federal Courthouse 29 July in Washington, DC, after concluding her testimony before the federal grand jury investigating US President Bill Clinton. With her are her daughte

"Sadly, Linda did pass away today," Joseph Murtha, the former attorney to Tripp, said in an email. "I am not in a position to provide any details."

Earlier in the day, it had been reported that her daughter, Allison Tripp Foley, posted in a Facebook post that has since been designated private that her 70-year-old mother was terminally ill.

BILL CLINTON SAYS HE HAD AFFAIR WITH MONICA LEWINSKY TO 'MANAGE MY ANXIETIES': REPORT

"My mommy is leaving this earth. I don’t know myself if I can survive this heartache," Foley said in the message, as reported to the New York Post. "Please pray for a painless process for the strongest woman I will ever know in my entire lifetime."

Tripp's recorded conversations, which she turned over to then-independent Counsel Ken Starr, exposed Clinton's sexual relationship with Lewinsky, who was a White House intern at the time. Clinton's denial of the affair led to a perjury charge when the House impeached him in 1998.

Upon hearing the news of Tripp's condition, Lewinsky expressed "hope for her recovery" and sympathy for Tripp's family.

Details of what led to Tripp's condition were not immediately available.