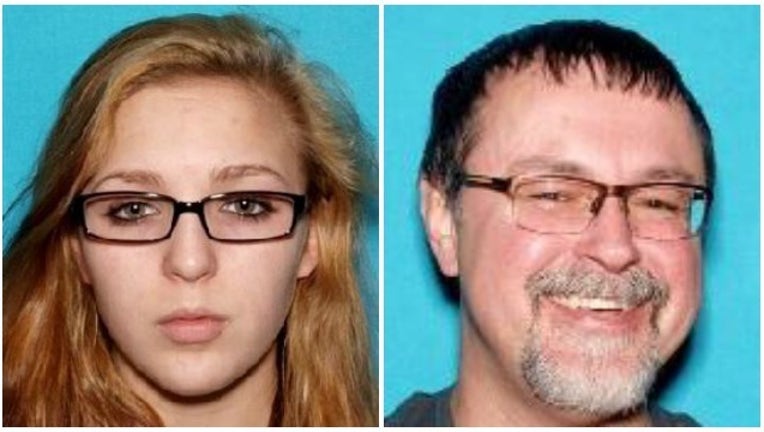 NASHVILLE, Tenn. (AP) - A teacher now accused of kidnapping a 15-year-old female student in Tennessee had been investigated by the school system after another student reported seeing the teacher kiss the girl, a lawyer for the missing girl's family said.

Yet according to attorney Jason Whatley and school records, teacher Tad Cummins was allowed to continue working at Tennessee's Culleoka Unit School for two weeks. Culleoka is a community about 60 miles south of Nashville near the state line with Alabama.

Student Elizabeth Thomas was last seen March 13 and is believed to be with the 50-year-old teacher, authorities said.

In late January another student saw the teacher kissing the girl on the lips, school records provided to the AP from Whatley show.

Despite the report from the other student, Cummins was allowed to continue teaching and nobody in the school system bothered notifying the girl's family about the allegations about the kiss, Whatley added. He said the school system must have not believed the student's report of seeing Cummins kiss the girl on the lips.

"This is my client's daughter and she's been taken, she's been abducted and I can't figure out for the life of me why no one believed this middle school student," Whatley said.

The father, Whatley said, only learned of the kissing allegation a week later after a detective with the Maury County Sheriff's Department went to the home to investigate.

The girl's father, Anthony Thomas, is outraged that officials delayed telling him about the report and let the teacher continue working in the school, according to the lawyer.

"My client's position, respectfully, is that Mr. Cummins should have been out the door until the police investigation was completed," Whatley said.

School officials did send files to the father after the lawyer sent the letter.

The school's investigative files provided to the father show that both Cummins and the girl denied kissing. The teacher, however, acknowledged that the girl was "a really good friend and she does leave her other classes to come see him when she needs someone to calm her down," according to a school investigative report dated Jan. 30.

The report said the allegation could not be confirmed, but recommended that the girl be taken out of Cummins' forensics class and that he be reprimanded to uphold his professional responsibility as a teacher. The report also recommended that the administration monitor Cummins classroom to make sure students weren't there when they weren't supposed to be.

The teacher would later be reprimanded on Feb. 3 by school principal Penny Love after the girl was seen in Cummins classroom for a little more than half an hour that day. In her letter, Love said the girl being in his classroom was "a violation of my director order to you" of Jan. 31.

The teacher was fired a day after the Tennessee Bureau of Investigation issued an Amber Alert about the teen.

TBI officials said they remain concerned about the girl's safety because there has been so few sightings reported. The agency has issued two nationwide alerts to law enforcement, TBI spokesman Josh DeVine said.