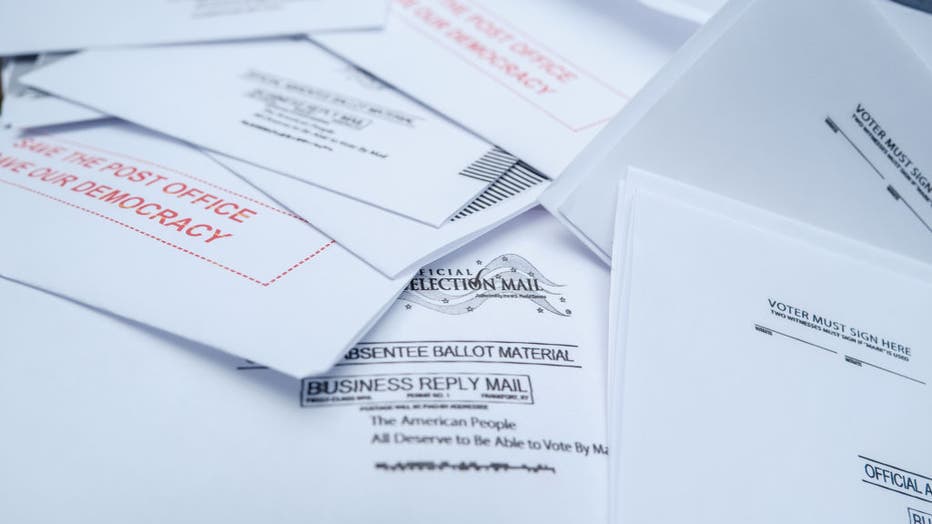 It also affects some facilities in Atlanta, Houston, Philadelphia, Detroit and Lakeland, Florida.

The USPS had until 3 p.m. ET to complete the inspections and must certify that no ballots were left behind by 4:30 p.m. ET.

“This is a major win for all Americans,” James said. “Our democracy is at its strongest when every voice is heard. This order will ensure the will of the people decides the outcome of this election, not the Trump Administration. We will continue to fight for every voice to be heard, but I urge all Americans who have yet to vote to do so now. Either drop your absentee ballot off in-person or go vote in-person.”

In August, James led a coalition of states and cities in a lawsuit to stop the Trump Administration's attempts to dismantle the USPS, the news release said.

The Postal Service's ability to handle the surge of mail-in ballots became a concern after its new leader, Postmaster General Louis DeJoy, a major GOP donor, implemented a series of policy changes that delayed mail nationwide this summer.

A federal judge in Washington state on Oct. 31 ordered the U.S. Postal Service to take “extraordinary measures” to deliver ballots in time to be counted in Wisconsin and around Detroit, including using a priority mail service.

Chief U.S. District Judge Stanley Bastian in Yakima, Washington, issued the order on Friday after being presented with data showing on-time delivery of ballots sent by voters was too slow in Michigan and Wisconsin. They are both “battleground states” in the November election.

Delivery of ballots in the USPS' Detroit district, for example, has dipped as low as 57% over the past week, Washington state Attorney General Bob Ferguson's office said Saturday.

“Every vote must be counted,” Ferguson said. “Our democracy depends on it.”

National on-time delivery has been at 93% or higher, said the statement from Ferguson, who leads a coalition of 14 states that filed a lawsuit on Aug. 18 over changes to the Postal Service.

Bastian, an appointee of former President Barack Obama, said that starting Sunday and continuing through Nov. 10, the USPS must report to his court the prior day’s “all clear” status for each facility and processing center in the Detroit area and a district covering most of Wisconsin.

If the USPS identifies any incoming ballots in its “all clear” sweeps of these facilities, it must make every effort to deliver those ballots by 8 p.m. local time on Election Day, including by using Priority Mail Express or other extraordinary measures, Bastian said.

The Associated Press contributed to this report. This story was reported from Atlanta.