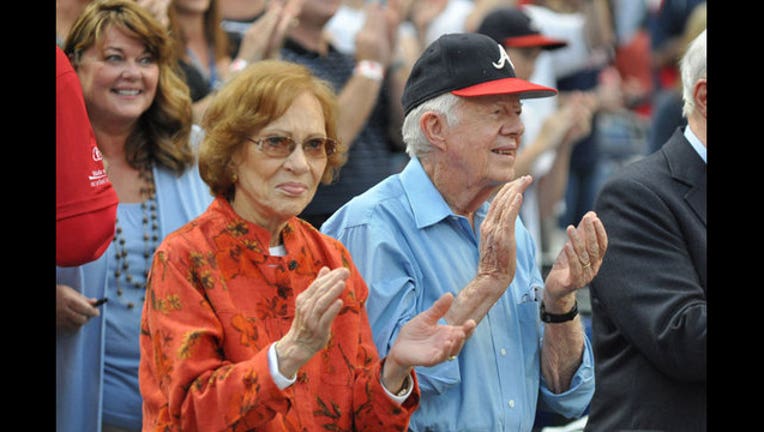 The Carters also said they give each other plenty of space while working on separate projects.

The couple plans to spend the day at home in Plains, while the Jimmy Carter Presidential Library and Museum in Atlanta will mark the occasion with 70-cent admission. Museum officials say they'll deliver cards to the Carters.

The Carters' marriage is second in length to one other former first couple. George H.W. Bush and Barbara Bush celebrated their 71st anniversary in January.