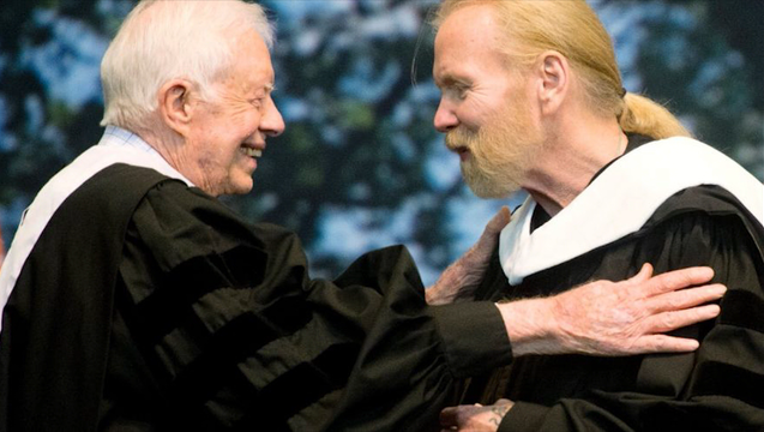 Allman, the longtime keyboard player and vocalist for The Allman Brothers Band, received an honorary doctorate of humanities Saturday from Mercer University in Macon, where the band spent its early years.

In a video of the event posted online by The Telegraph of Macon, Carter tells the crowd he might not have been president if the band hadn't "adopted" him. Drawing laughs from the audience, Carter says the band's endorsement let people know he "must be qualified to be president of the United States."

Carter is a member of Mercer's Board of Trustees. He exhorted graduating students to work for peace and human rights.