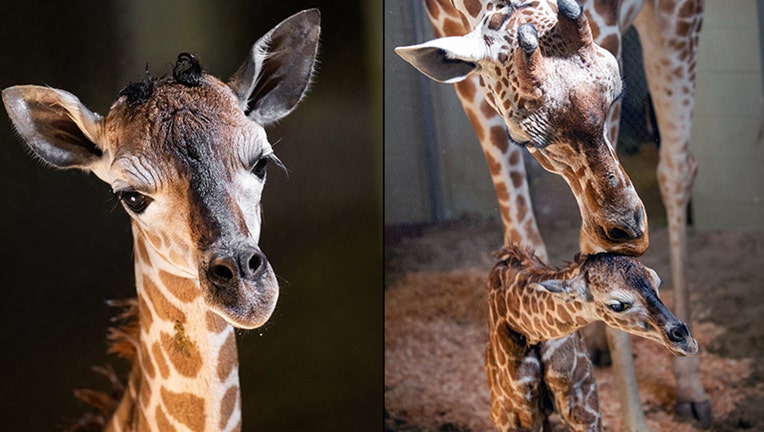 The birth was live-streamed for viewers to witness the beautiful moment.

“After weeks of waiting, 8-year-old Bailey is in labor with her first calf,” the zoo wrote on its Facebook page. “The team's all here to help with a safe delivery. Our first indication that labor was starting was the calf's two front hooves emerging from mom. Sometime after that, we should see the calf's nose/head.”

The baby girl was born on Sept. 28 to first-time mom Bailey, an 8-year-old reticulated giraffe at Cheyenne Mountain Zoo.

“You couldn’t ask anything more of a first-time mom,” said Jason Bredahl, giraffe animal care manager at CMZoo. “Bailey is nonstop grooming her baby, paying attention and making sure the baby is in a good position to nurse. Mom is doing a great job.”

According to the zoo, the calf weighed around 116 pounds at birth, which is small for a baby giraffe.

"Typically, calves are between 150 and 200 pounds at birth. She is a very small calf, but seems to be healthy and strong," they said.

"Bailey moved to Cheyenne Mountain Zoo on a breeding recommendation in Sept. 2016. CMZoo’s breeding program began in 1954 and has welcomed more than 200 calves since its inception," they added.

The calf will be named after she is 30 days old.