INKSTER, Mich. (FOX 2) - A couple in Inkster is accused of torturing a man who was living on their couch by putting a shock collar on him, whipping him with extension cords, and other disturbing acts.

Police said they were called to a report of a man hiding in bushes and apparently injured on Oct. 22. The victim said he was assaulted at CVS on Telegraph in Dearborn and did not say at the time that he had been harmed in any other way.

Officers said the victim's body had scars, bruises, blisters, burns, cuts, scabs on his body including face, chest, legs, stomach, his right hand was blistered, scabbed, and peeling from when he was forced to hold it in hot water. They also said he's missing three teeth.

While at the hospital, he told police that he had been assaulted at a home on Burton Street in Inkster. When Inkster police arrived to talk to him, he told them he had been tortured and severely beaten by two people he's known for years.

The victim told police his friends, Vera Miller, 38, and Corey Hill, 30, took advantage of his situation.

He told police he works at CVS and has known Miller for 11 years and Hill for 6, but has never had any issues with them. Four months ago, he had no place to live so he contacted Hill and Miller who offered to let him sleep on their couch for $400 a month.

He said they also asked for his bank account information so they could take the money out themselves. He agreed to it as he had known them but said ever since they've taken every single paycheck from him.

Additionally, he said Hill and Miller then put a dog shock collar on him, whipped him with extension cords, hit him with a wooden board, breaking out his front teeth, and forced his hand into boiling water. 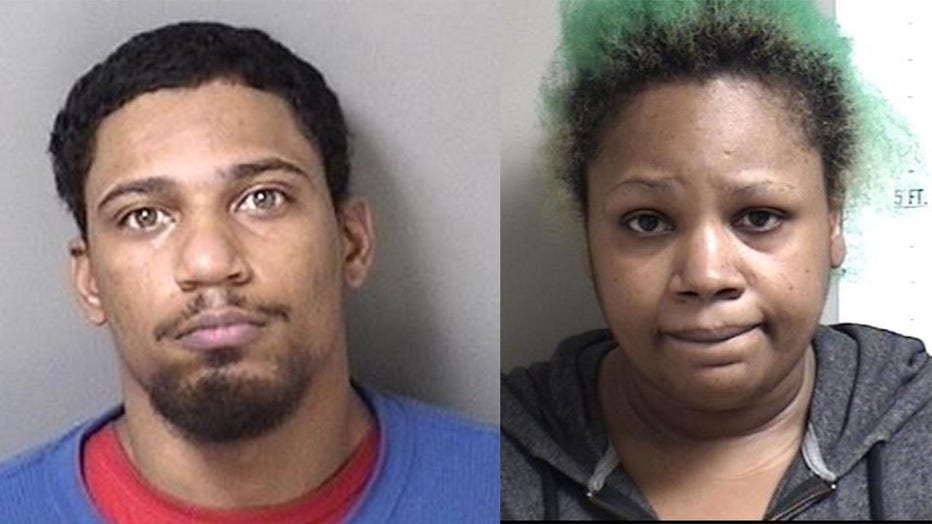 Corey Hill, 30, and Vera Miller, 38, are both charged with multiple counts of torture and unlawful imprisonment after a man says he was held by them for four months.

He said they also would tie him to a chair and hold a lighter to his nipples to burn his skin off.

As for who was responsible, he told police both of them but Miller was slightly more aggressive.

He said he was also forced to chew on a towel soaked with dog urine and the couple would rarely feed him except for the occasional bologna sandwich.

For months, he said the couple would drive with him in the backseat but with the child locks engaged. When they would go into stores, they would take his pants and shoes and leave one of their children to watch him to make sure he stayed in the car.

On Oct. 22, the victim said Miller picked him up from his job at CVS and hit him in the face with a phone, busting his lip. He said she then drove to Hill's workplace, Beaumont Taylor, where he Hill then assaulted him in the parking lot and broke his jaw.

They then drove to Dollar Tree at Michigan and John Daly where the victim said he was so scared about what would happen if they got home that night that he climbed into the front seat and got out of the car.

The victim said the woman's daughter, who also worked at CVS with him, tried to stop him from leaving the car but he was able to get away from her.

He told police he was terrified Hill and Miller would find him and his family and torture them. He also that's the reason he never tried to leave or report it because he feared they would kill him, his family, or his children.

Officers said the victim's body had scars, bruises, blisters, burns, cuts, scabs on his body including face, chest, legs, stomach, his right hand was blistered, scabbed, and peeling from when he was forced to hold it in hot water. They also said he's missing three teeth.

A woman walking to the house Wednesday claimed to be Miller's daughter.

"There's nothing I need to say right now," she said.

FOX 2: "Do you think that your mom is innocent?"

She says she lived on and off at the home but claims to not know a thing.

"This is a safe place to be," she said. "I don't understand what is going on, I really don't."

She claimed a friend of the couple never lived in the house.

Police interviewed both Hill and Miller on Oct. 24. Both were charged two days later with multiple counts of torture, unlawful imprisonment, and assault with intent to do great bodily harm. Both are being held on a $250,000 cash/surety bond.