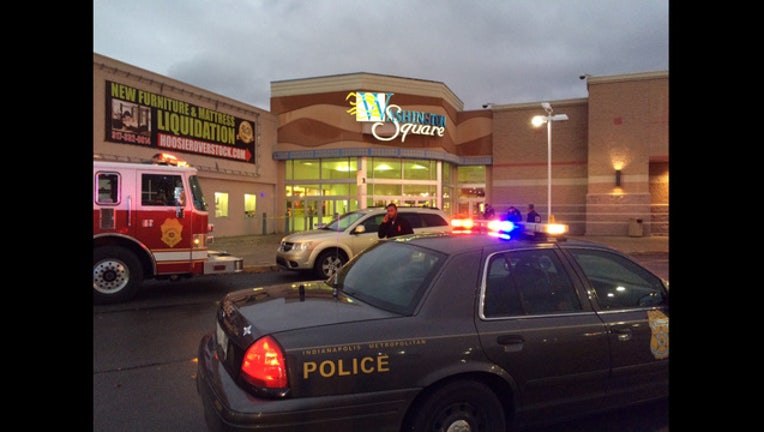 INDIANAPOLIS (AP) — Three people were injured in a shooting inside an Indianapolis shopping mall Wednesday night when a dispute turned violent and gunfire also struck bystanders, a police commander said.

All three of the victims were transported to hospitals and one was in serious condition but expected to survive, Indianapolis Metropolitan Police Deputy Chief of Operations Brian Mahone said. The other two did not have life-threatening injuries, he said.

The suspect was not in custody, he told reporters at the scene outside the Washington Square Mall on the city's far east side.

The gunman went to the mall, encountered one of the victims and the two had words before the shooting started, Mahone said,

"This is not a random act and it looks like the suspect and the victim knew each other," he said.

The other two people injured were nearby when the gunman opened fire, Mahone said.

The victims were two men and a woman, all young adults, he said.

The location of the shooting in a mall was a coincidence, he said. The victim and gunman could have encountered each other anywhere, Mahone said.

"This could have been a mall, a park, a gas station," he said.

A witness, Jacob Laffey, told WISH-TV he was inside the mall's Target store when he heard 10 or 11 shots and saw people running.