HOUSTON - Houston police say two suspects stole a pickup truck from a woman while holding a knife to her throat and then crashed it into a light pole moments later.

Crime Stoppers and the Houston Police Department’s Robbery Division are asking for the public’s help to identify the two males.

The robbery occurred around 4 p.m. September 27 at a water/ice station in the 5700 block of Telephone Road.

The woman told police an unknown male was standing behind her, acting as though he was in line, but then he grabbed her as she walked back towards her truck. At that point, he allegedly pressed a knife up to her throat and demanded her keys.

Police say the suspect got into the woman’s truck and a second male joined him.

According to Houston police, a few moments later, the suspects were traveling at a high rate of speed on Sunridge when they lost control of the truck and crashed into a pole. Video shows them climb out of the truck and run away. 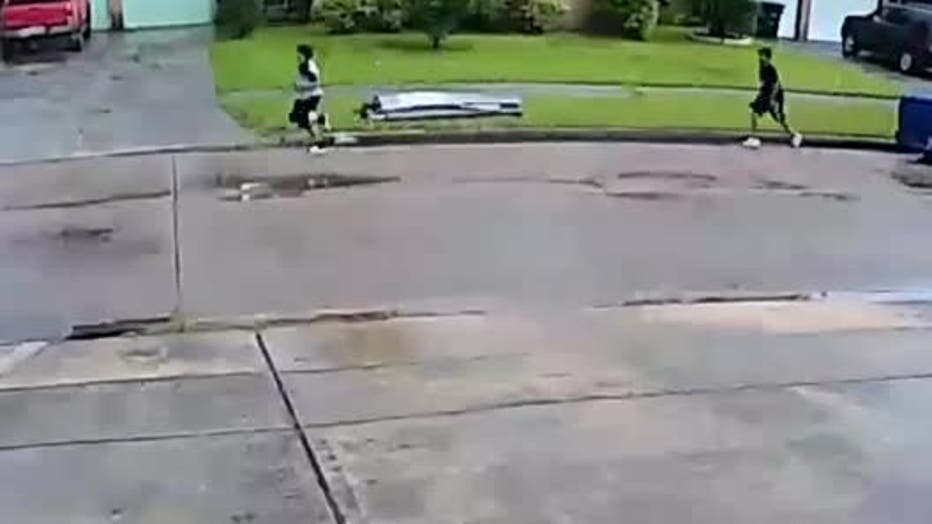 Houston police are searching for two suspects in a carjacking on Telephone Road.