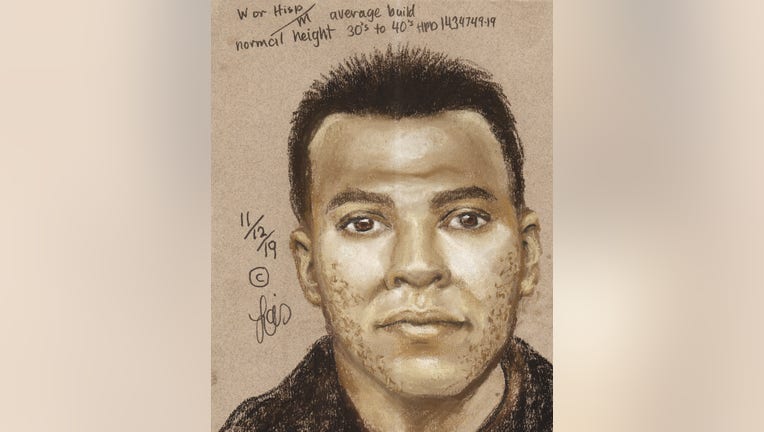 HOUSTON - Houston police released a composite sketch of a suspect wanted in the shooting of an 18-year-old man who remains in critical condition.

According to police, the victim was driving an SUV on October 31 when he got into an altercation with another man who was driving a black or gray four-door newer model Dodge Ram pickup truck.

Police say when the teen stopped at a red light at Fondren and West Airport Blvd, the Dodge pulled up next to him, and a man inside the Dodge pulled out a pistol and shot the teen in the head. The Dodge then fled the scene.

The 18-year-old was taken to the hospital, where he remains in critical condition.

The suspect is described only as a white or Hispanic male in his 30s or 40s.  He has dark hair with a receding hairline and possible acne scars on his face.  Police say he was armed with a semi-automatic pistol.

Anyone with information on the identity of the wanted suspect or in this case is urged to contact the HPD Major Assaults & Family Violence Division at 713-308-8800 or Crime Stoppers at 713-222-TIPS.