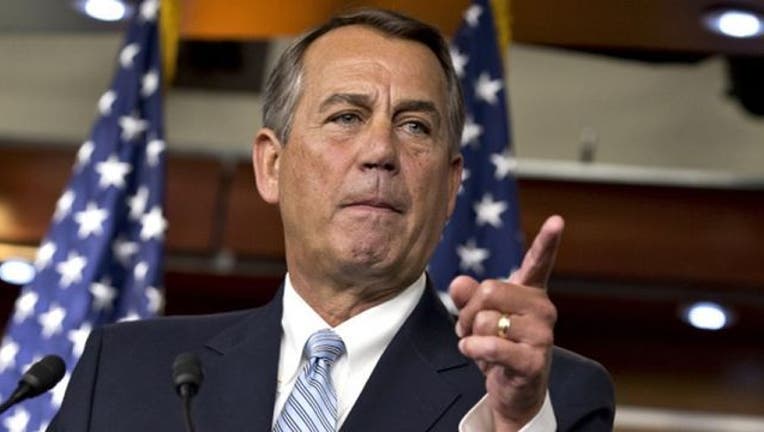 WASHINGTON, D.C. - In a stunning move, House Speaker John Boehner informed fellow Republicans on Friday that he would resign from Congress at the end of October, giving up his top leadership post and his seat in the House in the face of hardline conservative opposition.

The 13-term Ohio Republican shocked his GOP caucus early Friday morning when he announced his decision in a closed-door session. It came one day after a high point of Boehner's congressional career, a historic speech by Pope Francis to Congress at Boehner's request.

A focus of conservatives' complaints, Boehner "just does not want to become the issue," said Rep. John Mica, R-Fla. "Some people have tried to make him the issue both in Congress and outside," Mica said.

Conservatives have demanded that any legislation to keep the government operating past next Wednesday's deadline strip Planned Parenthood of government funds, an argument rejected by the more pragmatic lawmakers. The dispute has threatened Boehner's speakership and roiled the GOP caucus.

Some conservatives welcomed his announcement. Rep. Tim Huelskamp of Kansas said "it's time for new leadership," and Rep. Tom Massie of Kentucky said the speaker "subverted our Republic."

"I think it was inevitable," Massie said. "This is a condition of his own making right here."

But more mainstream Republicans said it would be a pyrrhic victory for the tea partyers. "The honor of John Boehner this morning stands in stark contrast to the idiocy of those members who seek to continually divide us," said Rep. David Jolly of Florida.

"The shutdown caucus as I call them has a small victory," Jolly said.

Boehner's decision removes the possibility of a damaging vote to strip him of his speakership, a scenario that grew more likely amid the conservative clamor over a shutdown.

Boehner took over the speakership in January 2011.

He was first elected to the House in 1990 and soon established a strongly conservative record. He was part of former Speaker Newt Gingrich's leadership team when Republicans took over the House in 1995 for the first time in four decades but was ousted from his leadership role in the wake of the GOP's disappointing performance in the 1998 midterms.

He won a 2006 race to succeed Tom DeLay as the House's No. 2 Republican when DeLay stepped aside as majority leader. He took over as the top Republican in the House in 2007 after Democrats retook the chamber.

As speaker, his tenure has been defined by his early struggles to reach budget agreements with President Barack Obama and his wrestling with the expectations of tea party conservatives who demanded a more confrontational approach.

In 2013, conservatives drove him to reluctantly embrace a partial government shutdown in hopes of delaying implementation of the new health care law. Now, tea party lawmakers have been pressing him to retry the tactic to try to take away federal funding from Planned Parenthood following the disclosure of controversial videos involving its practices of procuring fetal tissue for research purposes.