Second person of interest in Fourth of July shooting

A woman was paralyzed after being caught in the crossfire during a Rockdale County party on the Fourth of July.

ROCKDALE COUNTY, Ga. - Worse than the pain of a bullet lodged in Sidonee' Joseph's lower spine, is the paralysis she suffered below the waist when she was shot two weeks ago near Conyers.

"I am going through excruciating episodes of spasms. One bullet may not kill someone, but one bullet may change someone's life forever," said Sidonee’ Josephs of Gwinnett County.

From her hospital bed at Grady Memorial, she hoped to pierce the conscience of the gunmen who exchanged fire during a 4th of July party at this Rockdale County auto repair shop. Rockdale investigators say one man was critically wounded and remains in the hospital. The 41-year-old mother of two is one of two women struck by stray bullets that night.

"Out of nowhere, I heard a bang in my ear and I fell to the floor. The next thing I remember is people trying to talk to me and help me," said Josephs. "But I have no idea who shot me."

Rockdale investigators told FOX 5's Portia Bruner new leads confirm a man known as “Chip Chop” fired the first shots that night following a dispute with other men over thousands of dollars. Friday afternoon, investigators identified 50-year-old Phillip "Crow" Wright as a person who may have fired back at Chip Chop. Authorities want to locate both men who reportedly have ties to Jamaica and DeKalb County. 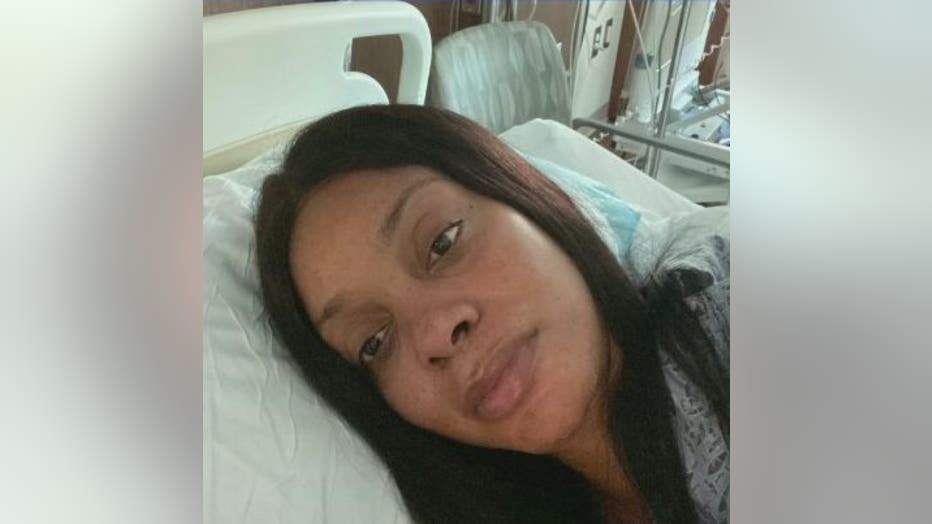 Josephs, who works in real estate during the week and in a health care on weekends, hopes her message reaches the men who opened fire during a 4th of July party and changed three lives forever.

"I don't know if I'll be walking. I hope to God I will be walking. I have faith, but right now my livelihood is gone. I want you to put yourself in my place and think if you had a daughter or an aunt or a mother who went through this and do the right thing," Josephs told Bruner.

Josephs' friends set up a GoFundMe page to help cover her hospital and rehab expenses. If you'd like to help, visit gofundme.com/f/sidonee-josephs.