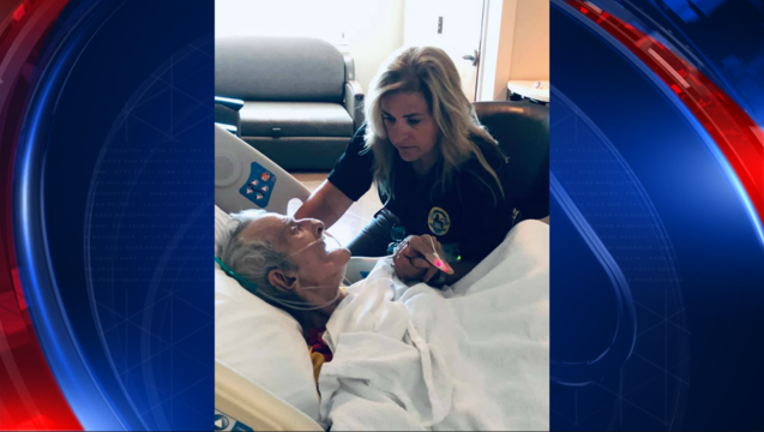 The Gwinnett County Sheriff's Office shared a photo on its Facebook page of Officer Pauly comforting Bob in the hospital.

According to the Sheriff's Office, Bob recently suffered a stroke, leaving him unable to speak, and has been homeless most of his life.

Officer Pauly helped teach Bob basic living skills and made sure he always had food. She eventually received a Power of Attorney for Bob's medical care and this week made the difficult decision to begin hospice care for him.

Since Bob has no known family, there was uncertainty about what would happen to Bob's body after he passes away. The Gwinnett County Sheriff's Office reached out to a local funeral home, which offered to take care of arrangements.