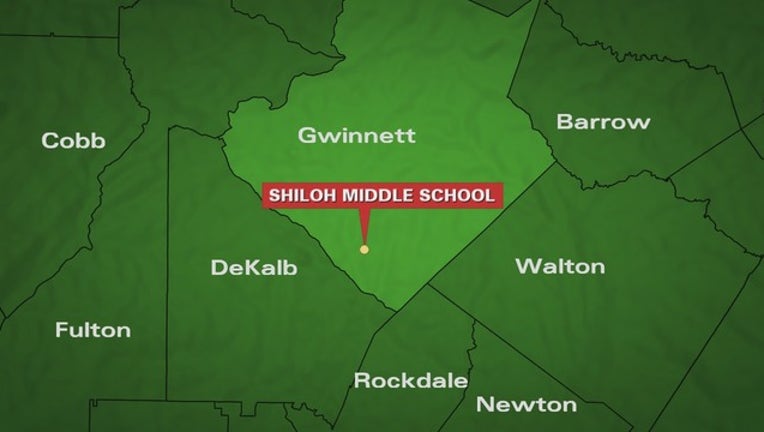 Administrators received a tip Monday afternoon and the student was found with a gun on campus. The principal of Shiloh Middle School sent a letter home to parents addressing the incident which reads:

“I am writing to you today to follow up on the situation we dealt with yesterday involving a student who had a gun in his possession. As part of our continuing investigation into this situation, we became aware that another student was involved. When we contacted the parent of the second student we were informed that two guns were missing from the house. It appears that this second student actually took the gun we found yesterday and another weapon from his home. Through our investigation it was determined that while he had handed the one gun off to the other student, the second weapon was hidden on campus, but not inside the building. We have located that weapon and the student identified today has been charged criminally for having a weapon on campus and also will face disciplinary action.

“Like you, I am concerned that students would take a weapon from home and bring it to school. A gun has no business on a school campus. Yesterday, I shared that it takes all of us working together to ensure that our school remains a safe place. We are focused on that here at Shiloh Middle School. You have my assurance that we will act quickly and efficiently when an issue is reported to us at school; however, we need your help, as well. Please talk to your child about this situation and about how it is never OK to bring a weapon on campus. Explain to them that in addition to getting in trouble at school they also would be breaking the law. In addition, I also ask that if you have weapons at your home that you ensure that your children do not have access to them. As an adult and a gun owner it is your responsibility to keep firearms from falling into the wrong hands... those of our children.

“As always, I appreciate your support of our efforts to educate our young people in a safe teaching and learning environment.”