A Los Angeles filmmaker who is the granddaughter of Armenian Genocide survivors has made a documentary that uncovers her family’s past.

LOS ANGELES - "The Hidden Map" is a story about a Los Angeles filmmaker, the granddaughter of Armenian Genocide survivors, who sets off to uncover her family’s past.

Along the way, she meets a stranger who helps her find her roots. What starts out as a history lesson turns into a story about survival and humanity. 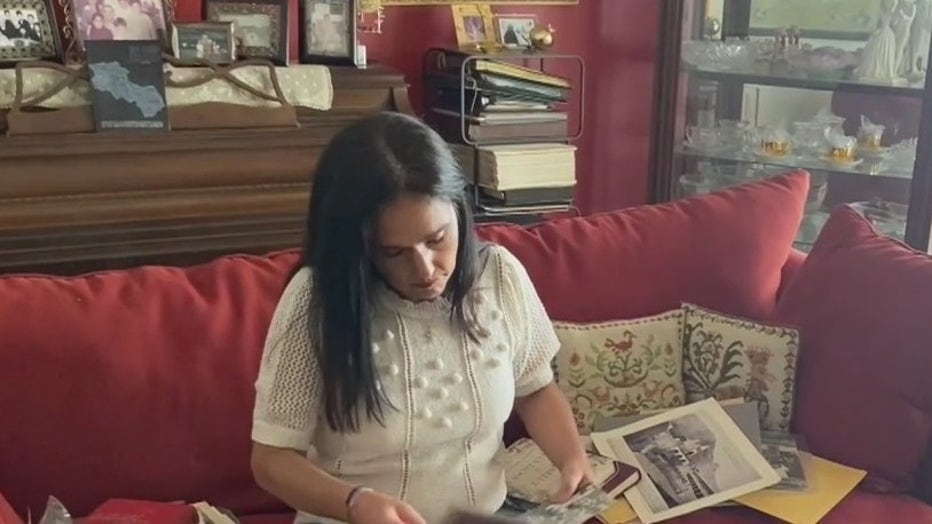 "They lost their families, my grandfather lost his parents and grandparents and eight brothers and sisters. Returned to a completely demolished village," said Ani Hovannisian.

Both sides of Ani Hovannisian grandparents were Armenian Genocide survivors. Ani grew up hearing their stories. Born and raised in Fresno, she has fond memories of what she describes as a "golden childhood." Ani's passion for sharing people's stories and seeking the truth, became a passion for documentary filmmaking. In 2012 she went back to the village, back to the stories from her childhood, back to what is now modern-day eastern Turkey, to trace her beginnings.

"I wanted to go find the churches and town and homes my grandparents had talked about while growing up, but all I found were ruins, fragments of Armenian writing and massive holes were Armenian things used to be. It was unbelievable to see, but as much as the Turkish government has tried to erase every trace of everything Armenian, thousands of monasteries and churches and villages — and changing names and just erasing all signs of the past," said Hovannisian.

During her journey, there was a turning point when she had an unexpected encounter.

"I saw this guy taking pictures in an old Armenian home. I found it very odd because non-Armenians are not normally interested in these things,"
said Hovannisian.

Steven Sim was from a small town in Scotland. For over 30 years he had been going around documenting what's left of the vanishing traces of historic Armenia. He had started out as a college student doing a summer project on Medieval architecture and he had become entranced by history said Hovannisian.

"I am here to look at all the old buildings and churches, all the Armenian things, because they are not surviving-- there will be nothing left," said Steven Sim, in the film "The Hidden Map." 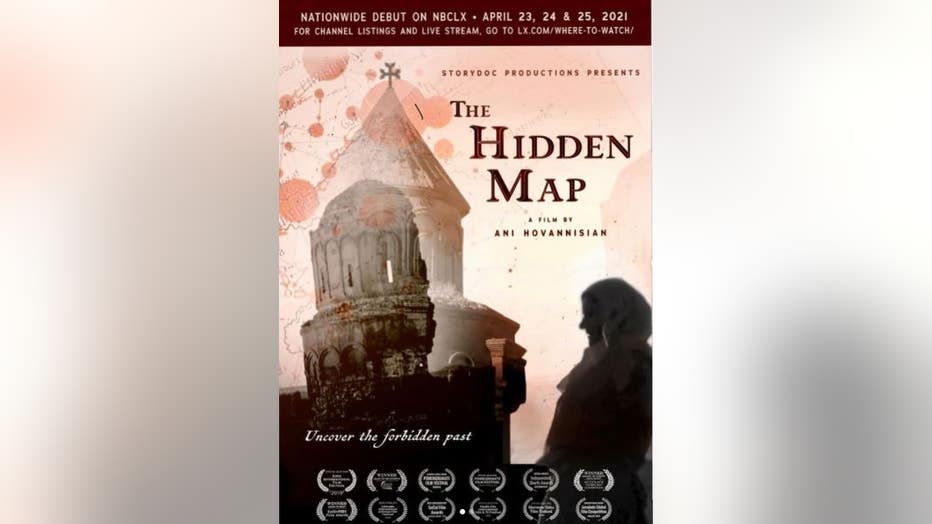 It took a year to convince Steven, but eventually the two of them teamed up in 2014 and set off on a journey together to uncover Armenian relics from thousands of years ago. Ani was searching for her past, for home, while Steven was an explorer.

"Armenia and Armenian culture was born in what's now eastern Turkey and for thousands of years Armenians thrived here and tried to survive here until 1915. Beneath the modern lines of a modern map of Turkey there are too many hidden maps, somewhere hidden in this is historical Armenia," said Steven Sim, "The Hidden Map." 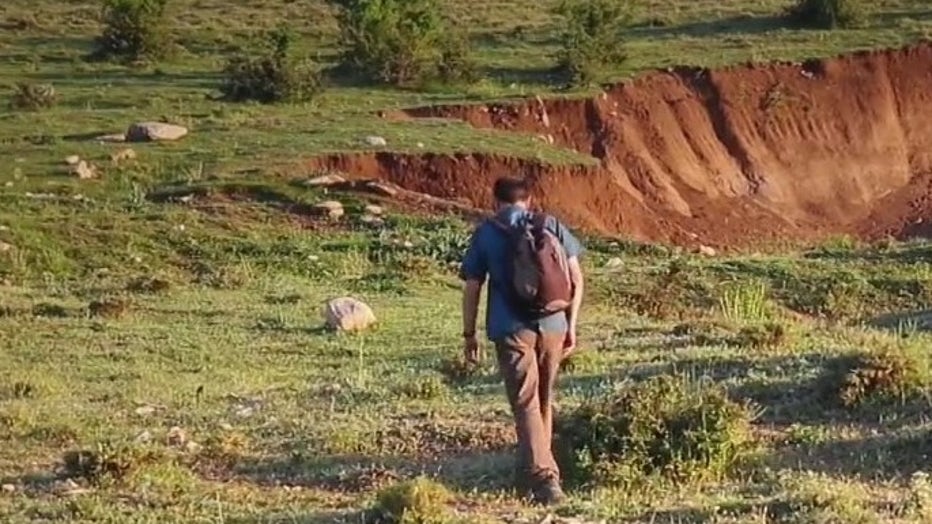 It wasn't only buildings and churches they uncovered, but it was also the people they met.

"For Steve the structures are rare jewels, but people matter too, they connect the past to the present and somehow for better or worse to me," said Hovannisian.

Ani came face to face with people who did matter in this story, who bravely shared the secrets of their past.

"The biggest surprise to me was just out of nowhere these people appeared who were Turks and Kurds that grown up in those lands, they started saying ‘Yes, these are the lands of the Armenians. Yes, Armenians have lived here for thousands of years. Yes, they created and yes, they were killed and they were driven from here.’ Some were brave enough to call it genocide," said Hovannisian.

"These are Armenian vineyards. This is the truth. We are here today, gone tomorrow. These are all Armenian lands as far as the eye can see," said a Turkish man, "The Hidden Map." 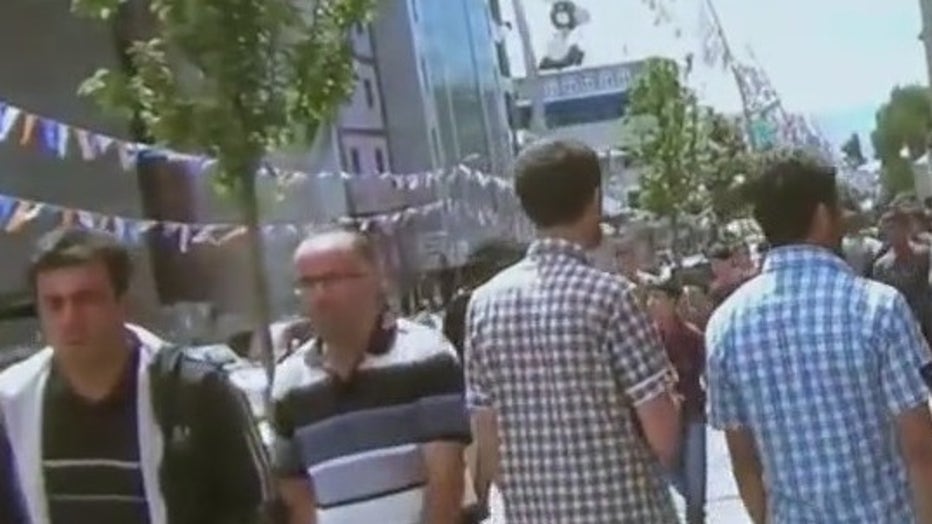 "People there said to me, ‘I'm Armenian. My grandmother was Armenian. She was saved by a Turk. She was taken in by a Turk. My grandfather became a Muslim. People who have lived on those lands for all these years, with this secret inside them," said Hovannisian.

"What happened to the Armenian people in 1915 and the years after that, there isn't any question it is a proper genocide. The Ottoman Empire tried to exterminate this Armenian population and they were successful in doing that. Over the coming decades survivors were assimilated or expelled. There is only a tiny number of Armenians living in Turkey and almost none of them are living in historical Armenia," said Steven Sim, "The Hidden Map."

Ani said while trekking through the mountains and facing her family's past, she realized how much of what happened more than 106 years ago matters today.

The Hidden Map makes its debut nationwide on NBCLX April 23-25. You can stream it or check your channel listing, go to LX.com for more information.