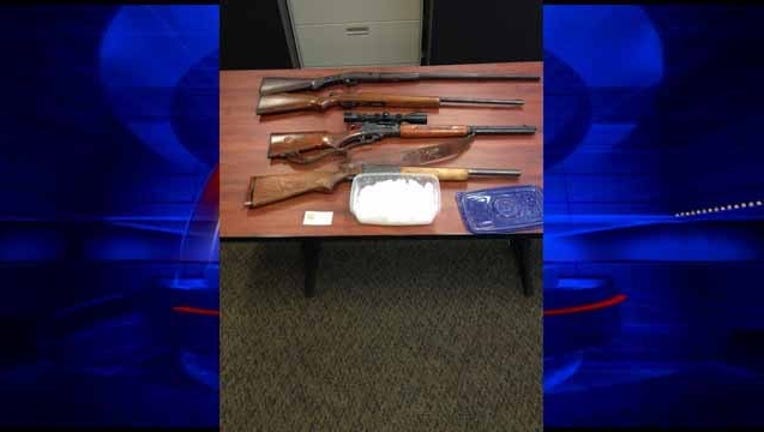 Deputies seized more than $70,000 worth of drugs. They released a picture showing several pounds of processed methamphetamine and four firearms discovered inside this home on Midway Road during the bust. Two of the guns had illegally altered serial numbers.